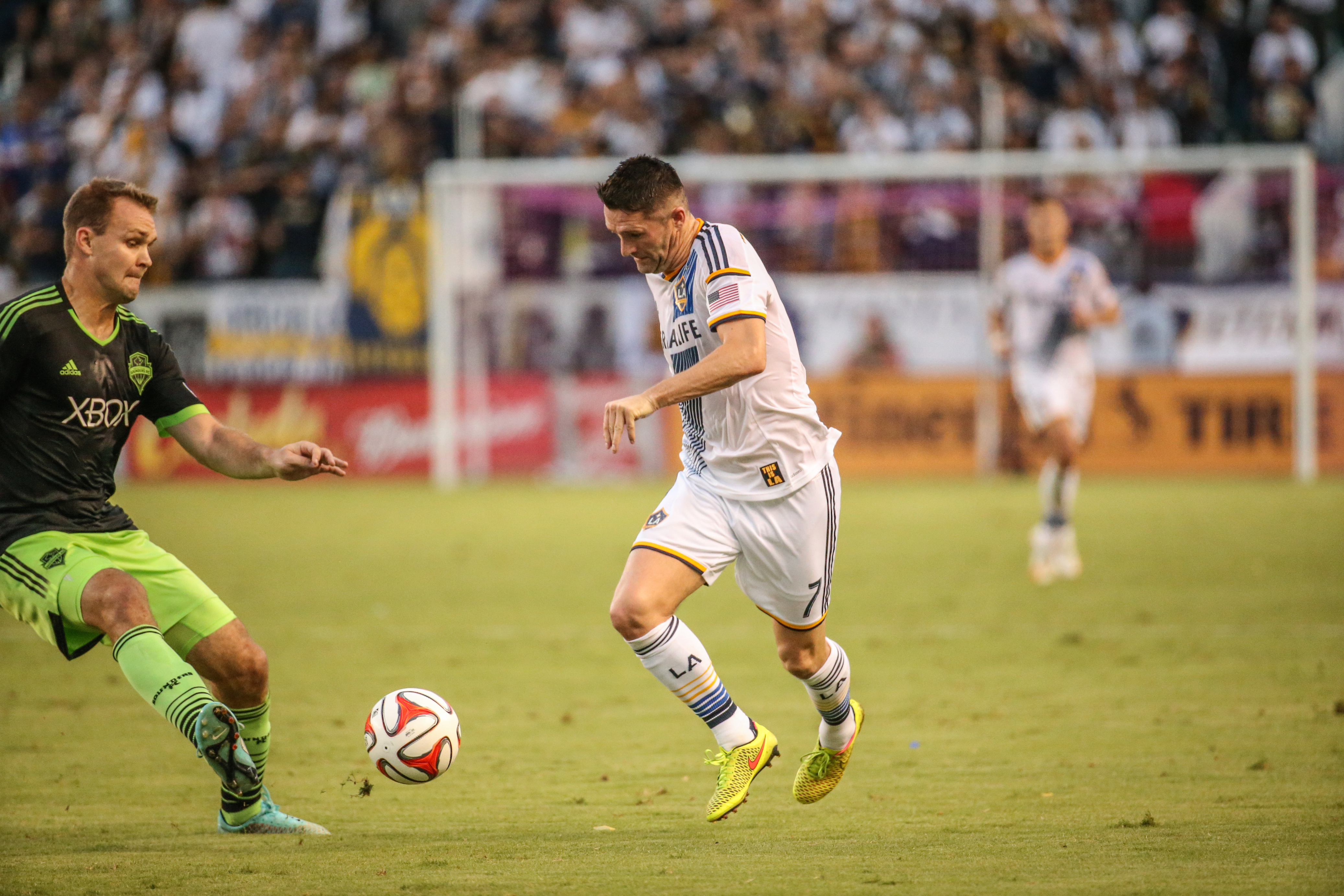 Late Goal sees Galaxy settle for a Draw in Seattle

The LA Galaxy couldn’t quite shake their away-game demons on Sunday, scoring first but conceding late to draw the Sounders, 1–1. But despite settling for a single point, the result was enough to secure the Galaxy a spot in the playoffs — a minor consolation that wasn’t enough for head coach Bruce Arena:

“We’re a team that expects to be in the playoffs, to be honest with you,” said Arena after the game. “Obviously it’s an achievement for the team in such a competitive league this year and conference. That’s good, but we certainly want to accomplish a little bit more than making the playoffs.”

“We certainly want to accomplish a little bit more than making the playoffs.”
—Bruce Arena

Sunday’s game could serve as a preview of those playoffs, as the two Western Conference heavyweights tested each other repeatedly. A shaky first half saw Seattle generating plenty of chances, including a couple of dangerous looks on goal from Clint Dempsey.

But while Seattle handily beat LA in possession, the Galaxy kept the pressure on — and in the 36th minute, it paid off. Sounders defender Zach Scott sent a weak pass across the back line and Robbie Keane pounced, intercepting the ball and slotting home a well-placed shot under the outstretched arms of goalkeeper Stefan Frei.

LA held that lead through an embattled second half and all the way to stoppage time. But it wasn’t enough: in the 93rd minute Seattle finally found their equalizer off a corner kick. Marco Pappa sent the ball into a crowded penalty box, and Chad Barrett managed to shake his mark and get a foot on it. After 90 minutes of solid defending, the Galaxy gave up a win with seconds to go.

“Just learn from your mistakes,” was Robbie Keane’s takeaway after the game. “Move on. Swiftly. You have to learn quickly because these are the games now that we need to be winning. When you are putting the effort in like we did, you want to be coming out of here with three points.”

The Galaxy will have time to internalize those lessons before they face another foe from the Pacific Northwest, the Portland Timbers, on October 18th.