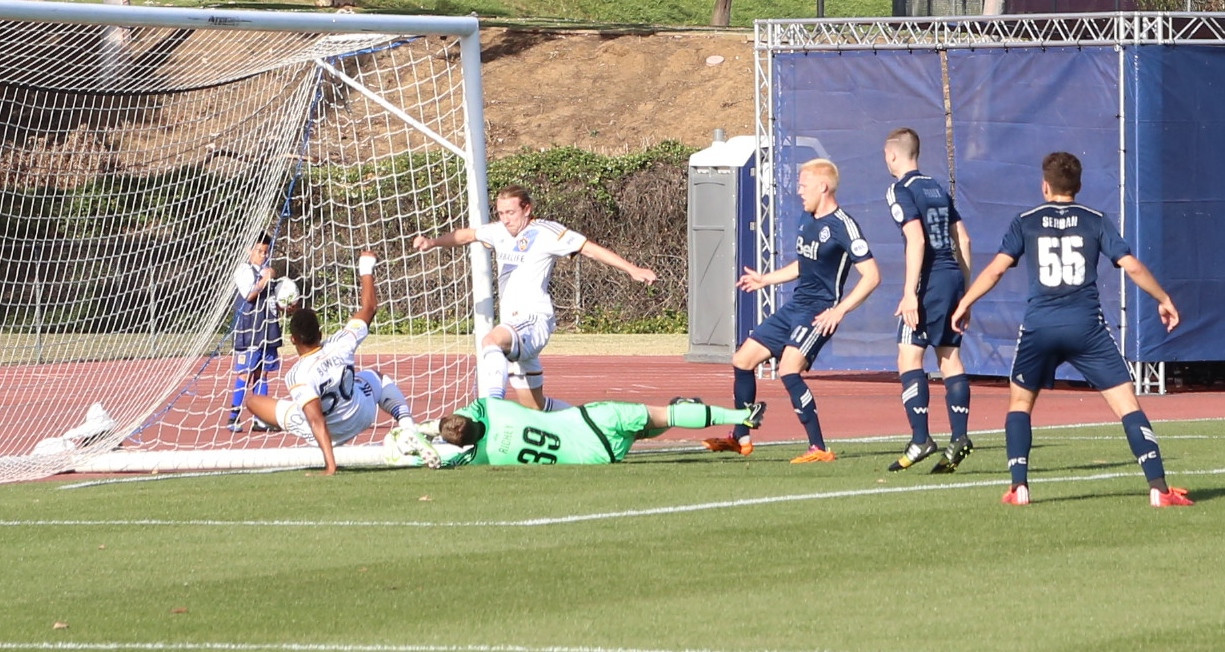 Today, your hosts take you back through the demoralizing draw with Seattle, and highlight LA Galaxy II’s advancement in the USL Playoffs.

We know it’s a buy week, but we’ve got more to talk about, without a game this weekend, than we normally do.

Your hosts Josh Guesman and Cory Ritzau will start by recapping the draw with Seattle. It was 90 minutes of good soccer, followed by 30 seconds of “who was covering that guy?” They’ll talk about how this is probably a pretty good result considering the form Seattle has found. The guys will also ask questions regarding the goalkeeping and highlight some of the better performances on the night. Is this team capable of sitting back when they’re ahead?

Then it’s off to talk about LA Galaxy II and their successful advancement over OC Blues FC in the Western Conference. Josh and Cory will play post-game audio from Head Coach Curt Onalfo and LA Galaxy II Striker, Ari Lassiter.

Next Josh will be joined by CoG: From the Box Co-host, Adam Serrano to get his views on everything that’s happened with the LA Galaxy including Seattle, Los Dos, injuries, International call-ups and anything else they can think of.

Finally, it’s a free-for-all segment with Josh and Cory going over every bit of LA Galaxy news they can think of. Including an argument about whether or not Landon Donovan’s recent comments concerning the USMNT are even relevant for LA Galaxy fans.

No game this weekend? Apparently that doesn’t matter. Because this show is absolutely packed.