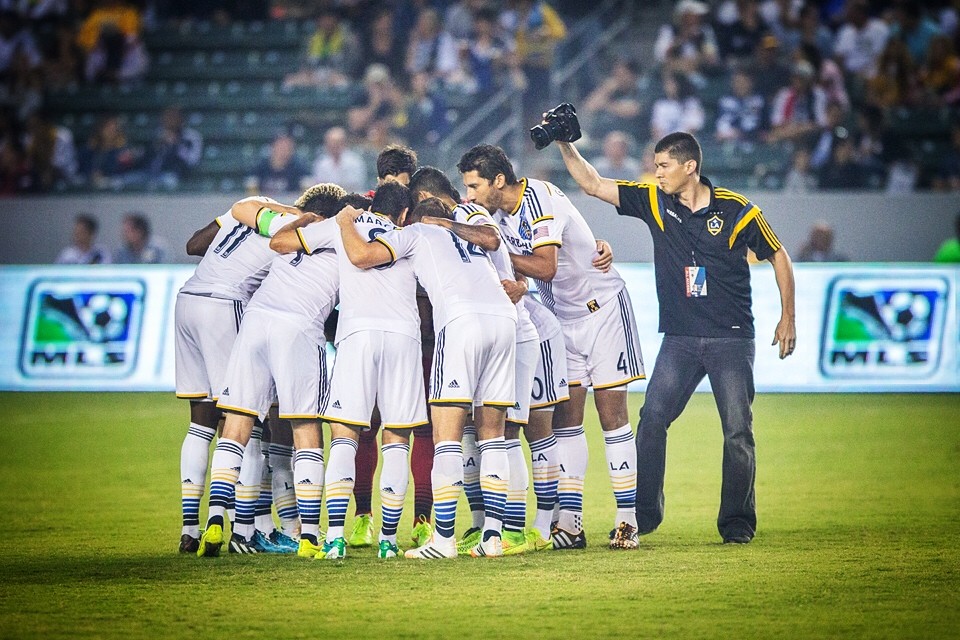 The last regular season home game signifies many things for the LA Galaxy. The playoffs are just around the corner and the season is almost over. And as they do every year, the LA Galaxy will soon announce the 2015 regular season awards. That means that the Most Valuable Player (MVP) award and Defender of the Year (DOTY) award will be voted upon by the LA media and handed out at the conclusion of the game on Sunday.

So Corner of the Galaxy sent out their ballot for these awards to see where our writers and podcasters stand on these 2015 awards.

MVP: Keane – Don’t over think it. Led team in goals and assists and was most consistent attacking player from start of season to the end.

Defender: Robbie Rogers – Aside from a couple bad games, Rogers manned his flank well despite often having little help from midfield. He also formed a formidable combination with Lletget going forward in attack. Was top 4 on the team in minutes played after some injury plagued years.

MVP: Keane. MVP is a value based designation, and as such, Keane’s value was demonstrated in the early weeks of the season when he was missing and the results upon his return.

Defender: Leonardo (there’s no good option here) and I feel like Jodi Foster in the Accused after writing his name.

MVP: Keano – most consistent goalscorer in MLS over the past five years. Team leader, unrelenting will to win, work-rate that puts players ten years younger than him to shame, mentor to younger players, need I go on?

Defender: AJ DeLaGarza. Because he’s the most intelligent defender on our team, very versatile, and doesn’t check out of games as Omar and Leo are both prone to. Less injury prone than RR.

MVP: Keane. Early on in the season his absence was sorely felt, leadership was hard to come by, and the team felt splintered. He’s the glue that holds them together and brings them back to their senses when needed. Add to that the fact that he continues to ‘show up,’ leading the team in goal rate and assists. For me, this quote after their tie-game in Seattle exemplifies his leadership: “Concentration. Concentration. Not letting players go. It is no one’s fault. We take it as a team. I keep saying it. I keep saying it every week. It doesn’t matter if it is individual mistakes. We all take it on the chin because we are a team.” I agree with Wendy, he’d better make some of his younger teammates feel ashamed!

Defender: AJ. He’s consistent, intelligent, thoughtful, an under-appreciated workhorse. His off-the-field personality is unbeatable. Recently he made clear he’s choosing his family if it comes down to it (his wife is 9 1/2 months pregnant). That’s not an easy decision to make and I applaud him for being ‘man enough.’

Runner-up: Leonardo. I know you’re all going to jump on me because he’s inconsistent, but watching him over the past few games, the injuries are behind him and he’s made it clear he’s been getting more reliable.

MVP: Keane. He was the main driving force behind our offense.

DOTY: Leonardo. He made none of the silly mistakes that had so many people calling for him to be traded/released and delivered consistently strong performances from the back line.

MVP: Robbie Keane. 17 goals in less games that it took him to score 19 goals last season. He has been a phenomenal leader and has a work ethic second to none. His commitment to the team is at the highest level and he has been great throughout the season, game in and game out. He leaves it all on the field and truly does care about the well being of all his teammates, as well as wanting to be a good role model for the younger players. Its amazing how at the age of 35, he still puts it all on the field for club and country for the love of the game. I don’t know if you guys are big basketball fans or not, but I can compare Robbie to Kobe Bryant before the injuries, getting better like “Vino” as they said with Kobe, like fine wine, they get better with time and experience.

Defender: AJ. To me has been the most consistent defender all season long. Yes Leonardo has became more reliable, but still to me AJ is the best. His play all year and his determination to get out on the field day in, day out, as said by his recent quote “It’s important for me to be out there if I can. I will give whatever I have for however long I can give it”. Now there is a guy that is determined to help the team and whatever costs. He is awesome.

MVP: Keane. He was injured but quick to get back out there and play and score hat tricks.

Defender: AJ. I mean, consistency has been an issue with this year’s defense and I’m not sure what we’ve seen in the last couple of months really.

MVP: Robbie Keane – This is a no-brainer. If you want a good look at just how important Robbie Keane is to this team, check out the Galaxy’s performances when he was out with an injury. Or the scoring drought we went through when he had a few off games. Keane is the passionate, creative, goal-scoring heart of this team, and if LA manages to raise the Cup this year I bet it’ll be on the back of (another) beautiful, brilliant goal off the laces of Robbie Keane.

Defender: AJ DeLaGarza – I actually agree with Bruce that Leonardo is having a great year. On any given night there’s a good chance he’ll be the best guy, making the best tackles, on the back line. In fact I went as far as to start trying to dig up GIFs to support picking Leonardo for Defender of the Year.

But then it hit me: if you have to work that hard to justify your choice, maybe it’s just not the right choice to begin with.

So, AJ. As an individual defender, he’s actually been shakier this year than I’d like. But AJ’s more than just an individual — he’s a leader on the back line. He reads the game better than anyone else, and if he’s not making big tackles it’s only because he’s better at positioning himself so he doesn’t have to. Couple all that with just being a stand-up guy — I don’t think I’ve ever seen him so much as cross with a teammate — and he’s an easy choice for Defender of the Year.

Robbie Keane’s absence proved his MVP status early in the year. The LA Galaxy struggle to create without him and he’s constantly the reason LA creates offense. He may be getting older, but he still hates to lose way more than he wants to win. This can’t be overthought! It’s Robbie Keane, again. It may be boring, but it’s 100 percent correct.

Leonardo should’ve been traded or released a long time ago. He’s made more mistakes over his tenure with the LA Galaxy than I care to remember. So what we’ve seen this year we never should’ve seen. He’s been excellent. He hasn’t been without mistakes, no LA Galaxy defender could claim that, and AJ DeLaGarza has seen more injuries than normal. But Leonardo has, in the majority of games this year, been the best LA Galaxy defender. And this comes from a guy who’s yelled and screamed on most podcasts before this year about how horrible he’s been. He’s changed my mind for me.

Below you will find my (Josh Guesman) official LA Galaxy Ballot. As I do every year, I am sharing that ballot with you so that you can yell, scream, and curse at me for my poor choices and lack of soccer-ing skills. Happy 2015 Season everyone!