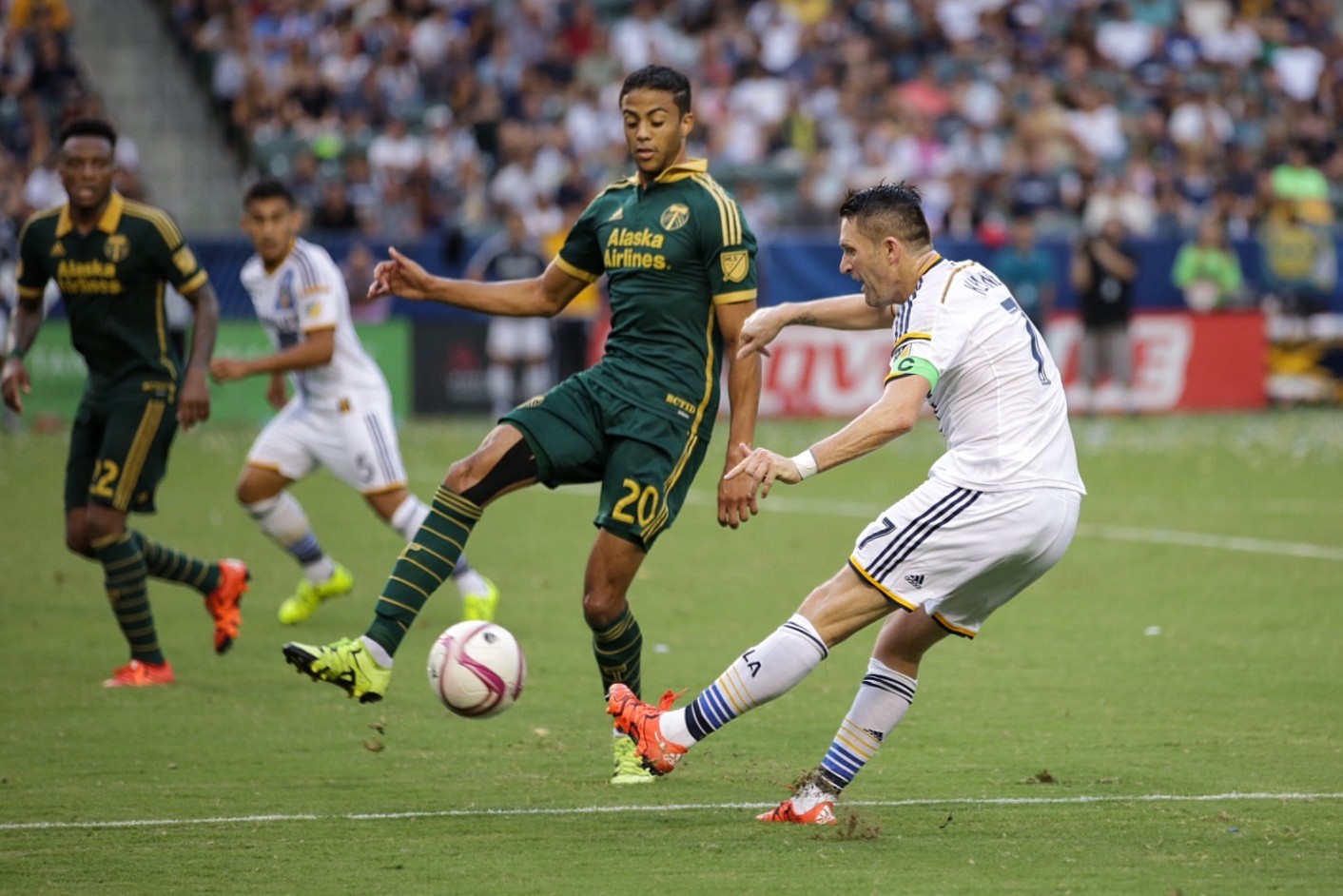 Corner of the Galaxy – No Momentum for LA Galaxy

Your hosts walk you through the 5-2 loss to Portland, the 1-1 draw in the CONCACAF Champions League, and they get you ready for the last regular season game of 2015.

This is it! The 2015 regular season is drawing to a close and the guys are anxious to get you all the information you need for the big game on Sunday.

But first they must go over the horrid results vs Portland as the LA Galaxy gave up 5 goals in 25 minutes and saw a 1-0 lead totally disappear in the second half. Who’s the problem in the midfield? Is Steven Gerrard’s soccer career over? Or is this a matter of finding familiarity in a strange land?

Is the defense to blame? Why is the midfield so disconnected? The guys will talk it all in hopes of finding some answers to how the LA Galaxy could possibly play that flat against Portland at home.

Then the guys will transition to another heart breaker – the 1-1 draw with Comunicaciones in the CONCACAF Champions League. The LA Galaxy once again put in a solid 92 minutes but fell short in the final play of the game. Why does this keep happening? Is this indicative of a bigger problem? Even though there weren’t any starters playing in this game, does it still effect the first team? And do you want to play against a Liga MX team? To be the best do you have to beat the best?

There are tons of question and not many answers but it’s already time for the LA Galaxy to get ready for the end of February when they’ll face off against Santos Laguna. The CCL is a major goal for the LA Galaxy, so did they just take a huge hit by not being a 1 seed?

Finally the guys get you ready for the big game against Sporting Kansas City on Sunday. Josh and Jared will go over what LA has to do to clinch the no. 2 seed in the Western Conference and get that all important bye to the next round of the playoffs along with home field advantage.

It’s another packed show and with the playoffs just around the corner, it’s a huge game on Sunday.

Music provided by Back Pocket Memory.