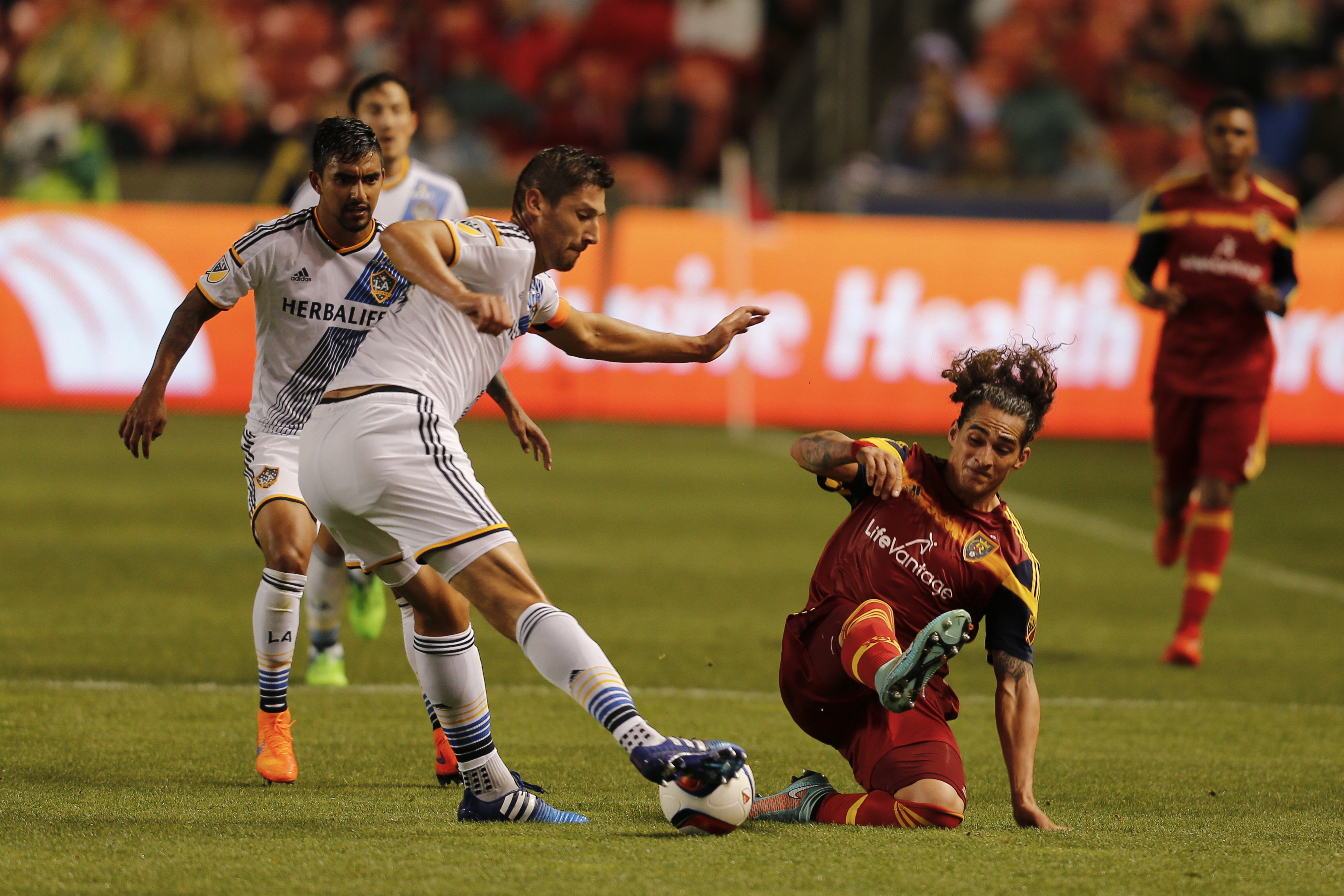 Note from Josh Guesman: Josie Becker has managed LA Galaxy Confidential and written/writes for MLSSoccer.com. She’s also been one of the bright smiling faces I see on a regular basis in the LA Galaxy Press Box. In this article Josie stops by to lends us her vast knowledge of the LA Galaxy and Major League Soccer to talk about Omar Gonzalez. Josie will hopefully find time in the future to join us again as a guest contributor.

Today marks the end of an era. With Omar Gonzalez sold to CF Pachuca, none of the players who started for the LA Galaxy in the 2009 MLS Cup are currently on the roster. Offseason movement could see that change, but as of right now that team has all moved on.

That 2009 season was Gonzalez’s debut, the first full season LA had with Bruce Arena, and the end of a dip which saw the Galaxy perform badly enough to get a high draft pick. He started all 30 regular season games, and won MLS Rookie of the Year. Good times were ahead.

Opinions on Gonzalez’ departure are split fairly evenly down the middle. Those who have been calling for him to move on since getting a DP contract are vindicated. Meanwhile, those who were unhappy with the DP signings since Landon Donovan moved on see a cornerstone of the roster pushed out.

The economic realities of MLS are difficult. In thinking through this move, my gut reaction was to go unhappy. From the moment the Galaxy had to pay down his contract with TAM, it’s felt like Gonzalez was being forced out. When Steven Gerrard came over and provided very little, I sided with fans wondering why the deal was made at all.

Sitting with it though, it’s hard to argue with the economic realities of MLS. Gonzalez is at the point in his career where this move makes perfect sense. Geoff Cameron made this move, Tim Ream made this move. Shane O’Neill just made this move.

There’s not a lot of room on MLS rosters for upper-mid level defenders. Attackers can get by, having a much higher profile. It’s much harder for ownership to pay top dollar for a pretty good defender.

Luckily for these players, there are plenty of managers out there for whom that salary point doesn’t strangle the rest of the roster. Where a player like Gonzalez can go out and be a pretty good defender, make his expected salary, and not be the cornerstone expected to carry a team.

From a national team perspective, a move like this could be the spark he needs to get the fire back going into qualifying. Jurgen Klinsmann is certainly on board team “play in leagues that aren’t MLS”.

The Galaxy still have AJ DeLaGarza, who was on the bench for the 2009 MLS Cup runner-up team. Arguably DeLaGarza has been the better defender over the last two seasons, with the quickness to back up the spaces Gonzalez leaves when he goes upfield to break up through balls and crosses.

Arena has been actively trying to restore DeLaGarza to a fullback position, resulting in Leonardo getting many of the minutes next to Gonzalez when everyone was fit. It doesn’t seem like that will be an option now, as Leonardo isn’t the defender you pair with a young center back and an aging Dan Kennedy.

This is going to have to be the year that DeLaGarza becomes the leader of the Galaxy back line, and if he stays healthy he certainly has the talent to back up being vocal out there. Gonzalez will leave a big hole, but not as big as he would have a year ago before Leonardo really stepped up his game.