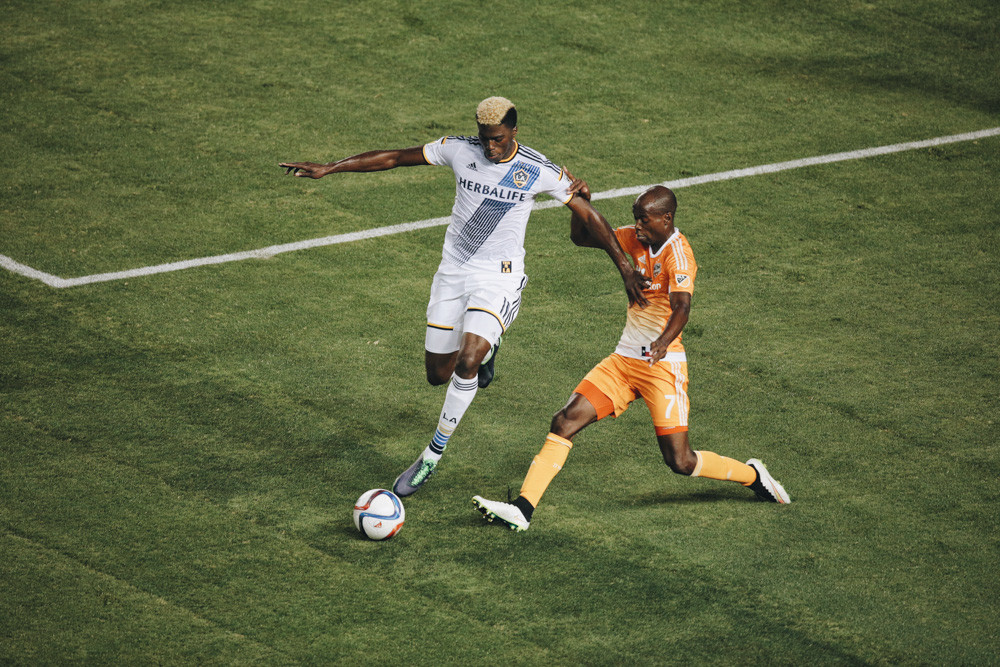 All 23 players of the USMNT first training camp of 2016 were announced yesterday ahead of the start of the camp at the StubHub Center on Monday. In an almost even split, the young U-23s balance the new ‘veterans’ (that have displaced the the Wondolowski/Howard generation).

LA Galaxy’s Gyasi Zardes, a Jurgen Klinsmann favorite, continues his stretch of regular call ups to the U.S. Men’s National Team. Last January, Zardes debuted for the USMNT and made 19 appearances for the US, matching the record set by NYCFC Sporting Director Claudio Reyna.

After a year of criticism from media and fans for not establishing consistently solid performances, Klinsmann is looking to acheive a new team chemistry while showing the benefits of his diverse age and experience level roster. “This camp will be a little bit different because we’re going to mix it almost half-and-half with senior players that are already National Team players or some that are older and maybe get the chance to play their first cap, and a lot of the Under-23 players that hopefully qualify us for Rio de Janeiro. This will be more of an identification camp and a development camp. We want to give those players a head start into their very busy year 2016, but we also want to make it clear to them that it’s a huge opportunity that you have to understand what it takes to step it up and to become an international-level player.”

Now considered a Klinsmann favorite, Zardes’ performance as a National Team player may have made more positive lasting impressions than his performance in MLS last year.

“Gyasi has this special talent to take people on. He has a lot of talent and a lot of potential. We just want to tell him every day, ‘one step at a time.’ It’s a real joy to work with him,” Klinsmann commented after Gyasi’s impactful assist to Dempsey’s game winner in the Gold Cup quarterfinal against Haiti.

Gyasi scored three goals and made three assists for the U.S. in 2015, but we all know how the Gold Cup ended, and considering the pressure both Galaxy and U.S. fans are putting on Zardes’ to show a more consistent, creative and dynamic performance, and the advent of a more youthful team, this year does not come with guaranteed minutes as a starter or sub for him. Known for soaking up advice and experience from more seasoned players, Zardes will have to rely more on his instincts and prove himself worthy of a leadership role for the next generation. Eleven of the 23 players on the roster are eligible for the 2016 Summer Olympics.

LA fans are not missing the sight of former DP Omar Gonzalez, who unsurprisingly was once again left off the short list, however, more disappointing was the exclusion of Sebastian Lletget and Robbie Rogers. Lletget’s 2015 season for LA not only yielded more goals than Gyasi (7, versus 6), but his ability to manuever as an attacking midfielder rivals that of many of MLS’s current best. Arguably, the midfield selection for this January camp is one of our strongest yet, with the addition of Columbus Crew’s phenomenal trio of Ethan Finlay, Wil Trapp and Tony Tchani, and the return of Portland’s Darlington Nagbe (who debuted in November 2015), so a spot for Lletget will be harder to come by, but not impossible. Robbie Rogers, on the other hand, has been very vocal about his desire to be recalled to the the USMNT fold, having been left out of Jurgen’s selection since 2011. It’s looking less and less likely that Jurgen will give him the opportunity, but, as Klinsmann says ‘nothing is unthinkable.’ Given the MLS-laden roster, 20 players out of the 23, chances are his eyes are on Rogers as well as Lletget.