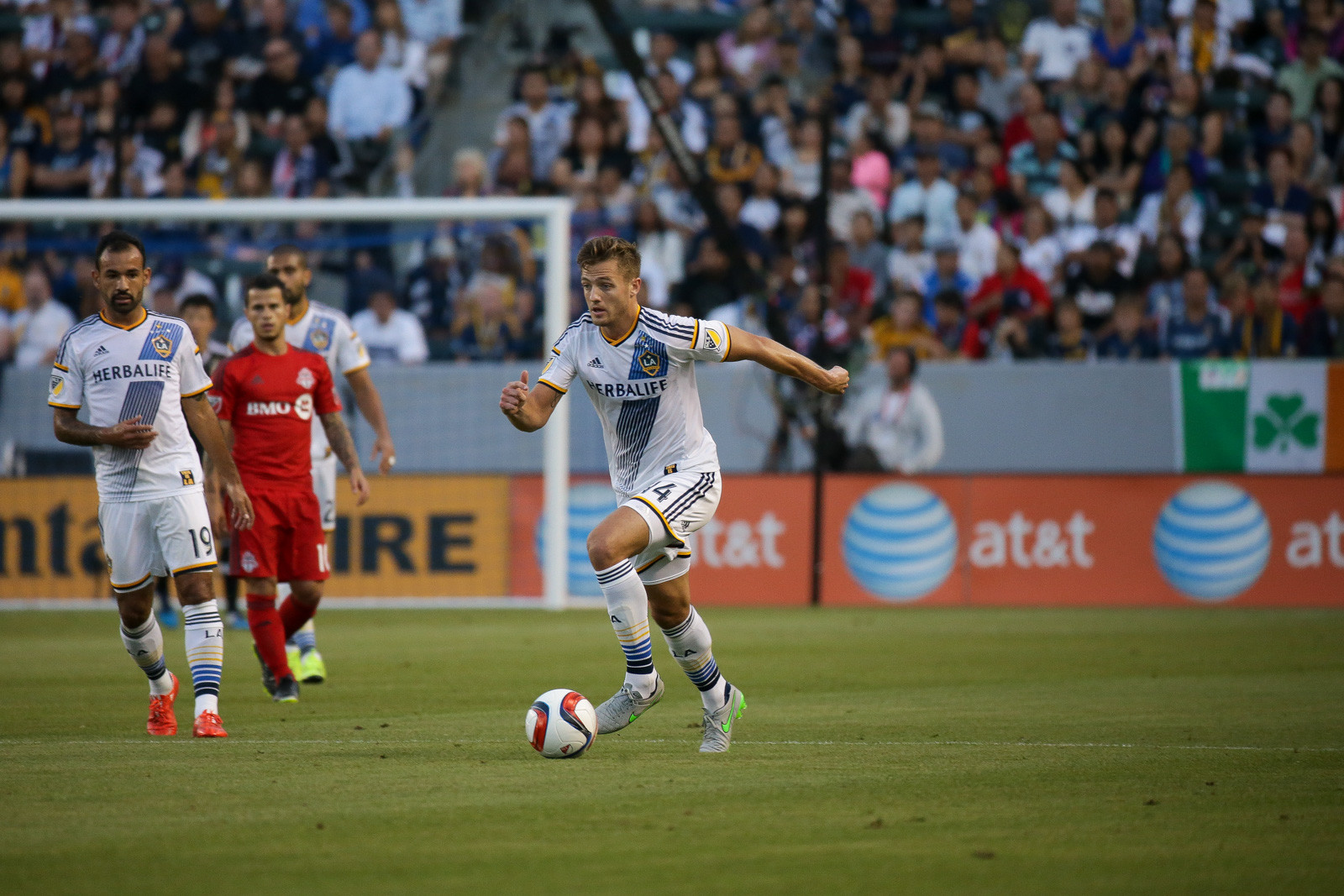 Carson, CA (Tuesday, Jan. 12, 2016) – The LA Galaxy announced today that they have extended the contracts of three current roster players. Defender/Midfielder Robbie Rogers, Forward/Midfielder Jose Villarreal, and Midfielder Rafael Garcia have signed new contracts ahead of the start of the 2016 season.

Robbie Rogers is starting his fourth year with LA  after being acquired in 2013 in a trade with the Chicago Fire for “fan favorite” Mike Magee. It was during the following year that Rogers made his, what we believe to be, permanent move to defense. Since his move to the defensive side of the ball the LA Galaxy have a record of 24-11-13 in all MLS competitions in which Rogers featured. Rogers has scored 14 goals in his MLS career (1 goal with the LA Galaxy over the last 3 years) and played in over 160 matches.

Jose Villarreal joined the LA Galaxy as a Homegrown player* in 2012. He’s a product of nearby Inglewood, CA and has made 53 starts and scored 5 goals. In 2015 Villarreal tallied twice and added a career-high four assists in less than 700 minutes in MLS. Before signing with the LA Galaxy Villarreal played for the LA Galaxy Academy and Pateadores. He has also featured for the U.S. Youth National Teams throughout his young career.

Rafael Garcia was drafted by LA in the second round of the 2012 Supplemental draft. Garcia has made 21 appearances and 5 starts with the senior team while making numerous appearances for the LA Galaxy’s USL side, LA Galaxy II as their captain. He recorded 10 appearances, 4 starts and 338 minutes (All Career Highs) in 2015 and featured in all four CONCACAF Champions League group-stage matches.

The LA Galaxy are still rumored to be after Ashley Cole, Nigel De Jong, Joleon Lescott, Jelle Van Damme and maybe some others. And while it’s unlikely that all those players will find their way into an LA Galaxy kit for 2016, it is likely that two or three will. This of course follows on the heals of the LA Galaxy transferring Omar Gonzalez and Juninho to Liga MX teams, re-signing super sub Alan Gordon and signing Free Agent Jeff Larentowicz.

It is expected that the LA Galaxy will report to camp as early as Friday, January 15th to begin training for the 2016 MLS season (Schedule Here).

*A club may sign a player to his first professional contract without subjecting him to the MLS SuperDraft if the player has been a member of a club’s youth academy for at least one year and has met the necessary training and retention requirements. Players joining MLS through this mechanism are known as Homegrown Players.

There is no limit to the number of Homegrown Players a club may sign in a given year. Via MLS Rules