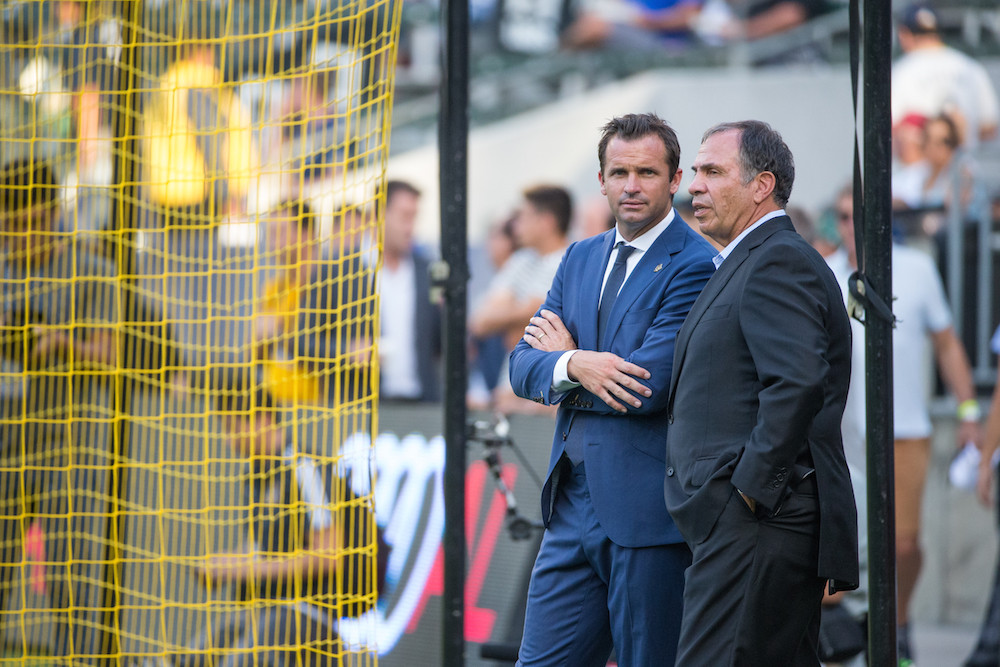 CoG Studios, Tustin, CA – On January 20, 2016, at 6:30 p.m., LA Galaxy President Chris Klein and LA Galaxy Vice President of Marketing and Communications Brendan Hannan will join Corner of the Galaxy’s own Josh Guesman for a live in studio interview. The interview will be a great opportunity for Galaxy fans to hear from LA Galaxy management about one of the most tumultuous off-seasons the LA Galaxy has experienced in many years and what Galaxy fans can look forward to for the upcoming 2016 season.

In addition, as is customary on Corner of the Galaxy: Short Corner, Josh will try and delve into the day to day operations of the team and the work of these two highly skilled individuals.

After retiring from a 13-year MLS career in 2010, Chris Klein joined the LA Galaxy behind the scenes and has served as the LA Galaxy’s President since January of 2013. In addition to working closely with LA Galaxy General Manager and Head Coach Bruce Arena, Klein works on both the community development and business side of Galaxy operations.

Prior to joining the LA Galaxy in July 2013, Brendan Hannan worked as the Director of Marketing and Director of Communications for the Chicago Fire.

The show can be listened to live at CornerOftheGalaxy.com/LIVE

*Guests, Dates and Times are always subject to change.