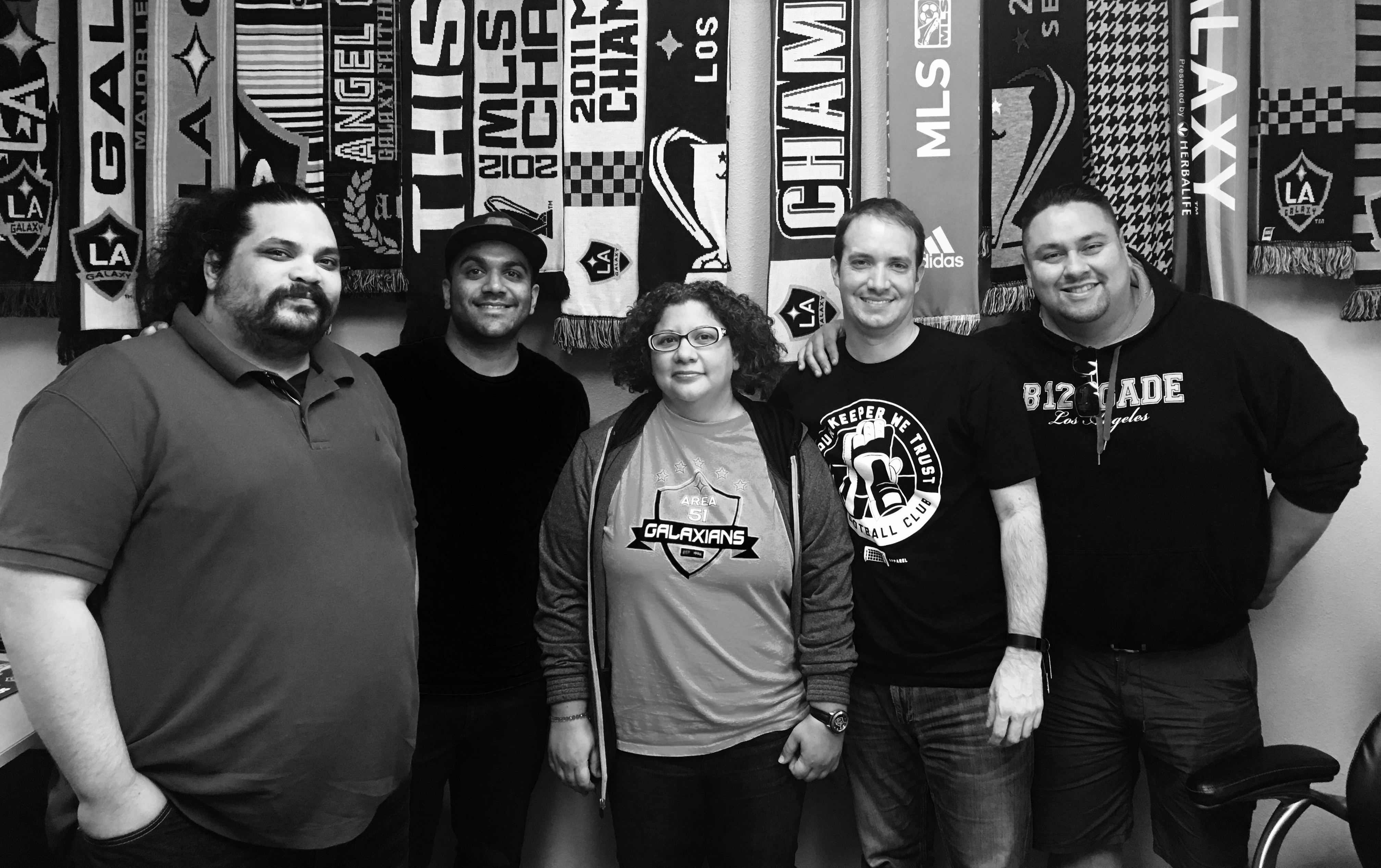 Members of the Angel City Brigade, Galaxians, and LA Riot Squad plus LA Galaxy Senior Manager of Supporter Relations & Fan Development, Sid Patel stop by to talk about their respective groups and the challenges of working together to cheer on their team.

It’s another packed house in CoG Studios as we continue our pre-season behind-the-scenes tour of the LA Galaxy. And on today’s show, your host, Josh Guesman is joined by members of the 3 main supporters groups in an effort to learn about how each group got started and what challenges they face during a regular season of support.

So if you’ve ever wanted to join one of these groups, or learn more about them, then we hope this show will guide you in that process and hopefully break down some of the perceived barriers that might’ve kept fans from making that first step.

Each group will give you a bit of their history and possibly let you in on what makes their group special, and why it’s unique when comparing it to another group.

Also, Josh will ask questions that he thinks need to be answered. Including how do groups handle bad fan behavior and why all the groups don’t sit together.

Then, in the second segment, LA Galaxy front office man, Sid Patel comes on to talk about his job working with these groups and how the front office views supporters groups.

It’s not a comprehensive show, we only had 60 minutes, but it’s a show that should give you a basic and general understanding of how these groups function individually, together, and with the LA Galaxy’s front office.

As always, thanks for listening to Corner of the Galaxy. 2016 is shaping up to be a huge year for the show and we’re glad you could be a part of it.

Music provided by: Back Pocket Memory