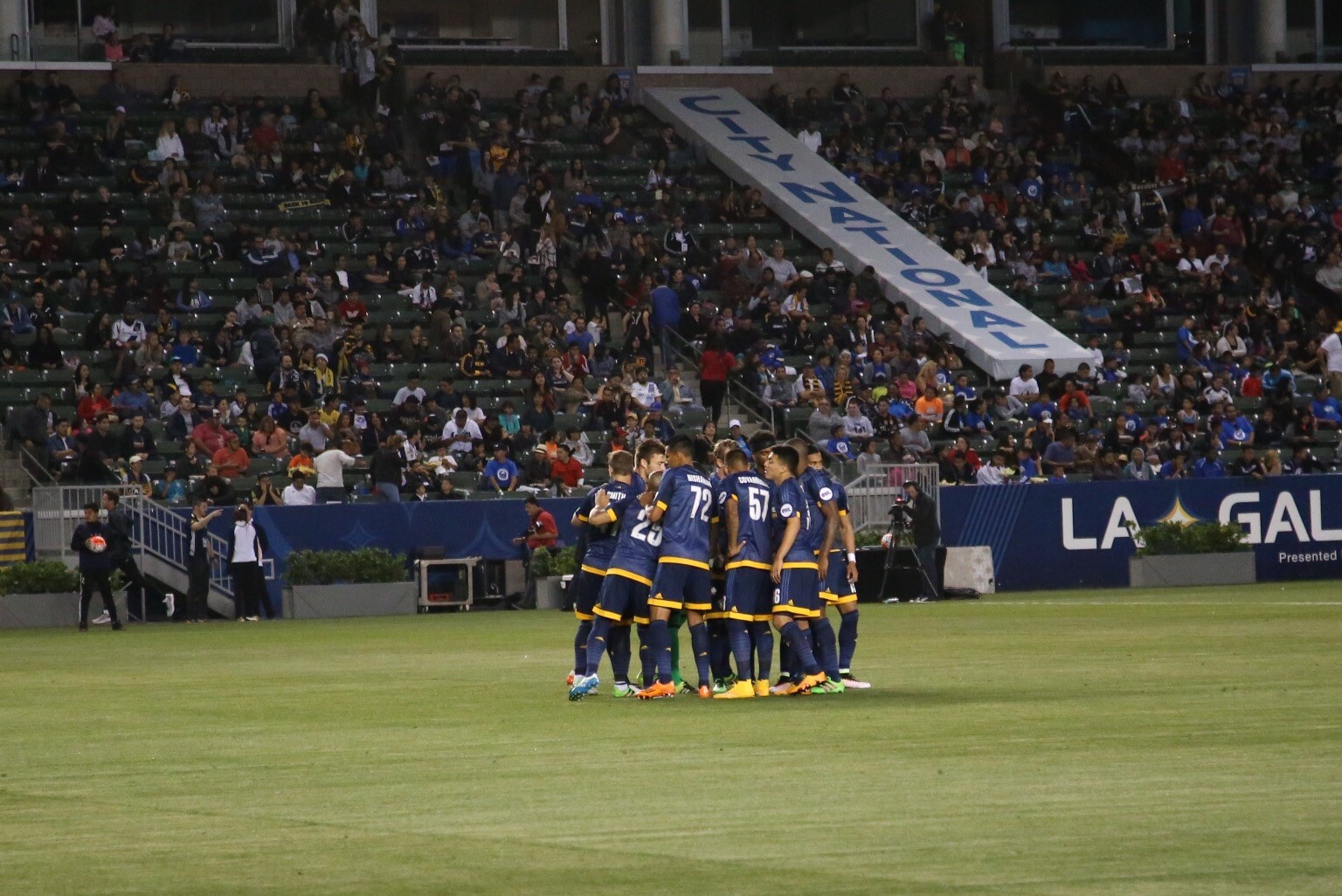 LA Galaxy II are on a torrid run at the moment having lost four of their last five matches, this time suffering a 2-1 defeat to Swope Park Rangers.

In two of these matches, including Saturday night, they’ve had leads early. It’s their inability to concentrate throughout the 90 minutes that’s causing them to drop points. And because of their slump, LAGII have slipped down to the sixth spot in the conference, three points from being out of the playoffs altogether.

The hosts had the first opportunity of the night. Ayrton found room down the right hand side of the pitch and sent a dangerous cross back towards the middle of the pitch. Clement Diop came off his line to punch the danger away. That clearance allowed the young G’s to counter.

And moments later, Los Dos broke the deadlock in just the second minute. Bradford Jamieson IV was one on one with a Swope Park defender down the left hand side in the area. He let fly from an acute angle and found the back of the net.

Los Angeles’ Jamieson continued to be a pest down his side of the pitch. He found an inch of space in the 14th minute and whipped a dangerous cross through the box but no one got on the end of it. This shows the importance of BJIV, he can always make something out of nothing and that’s always a good quality to have.

In the 15th minute, however, Swope found the equalizing goal. Ayrton caused havoc again, this time down the left. After holding possession for a couple of seconds he lifted a ball towards the middle of the penalty box. Christian Duke, the club captain, lept and found the back of the net with his head to level the match.

Swope doubled their lead 11 minutes later through a similar looking goal. Tommy Meyer floated a ball across the top of the Galaxy defense. The delivery found Mark Anthony Gonzalez who had a free header beat Diop.

In the second half, the Galaxy created a number of opportunities to level the match. However, the final ball was lacking throughout the latter 45 minutes.

The boys continue their long road trip this week. They travel to Phoenix on Wednesday to face off against Arizona United SC.