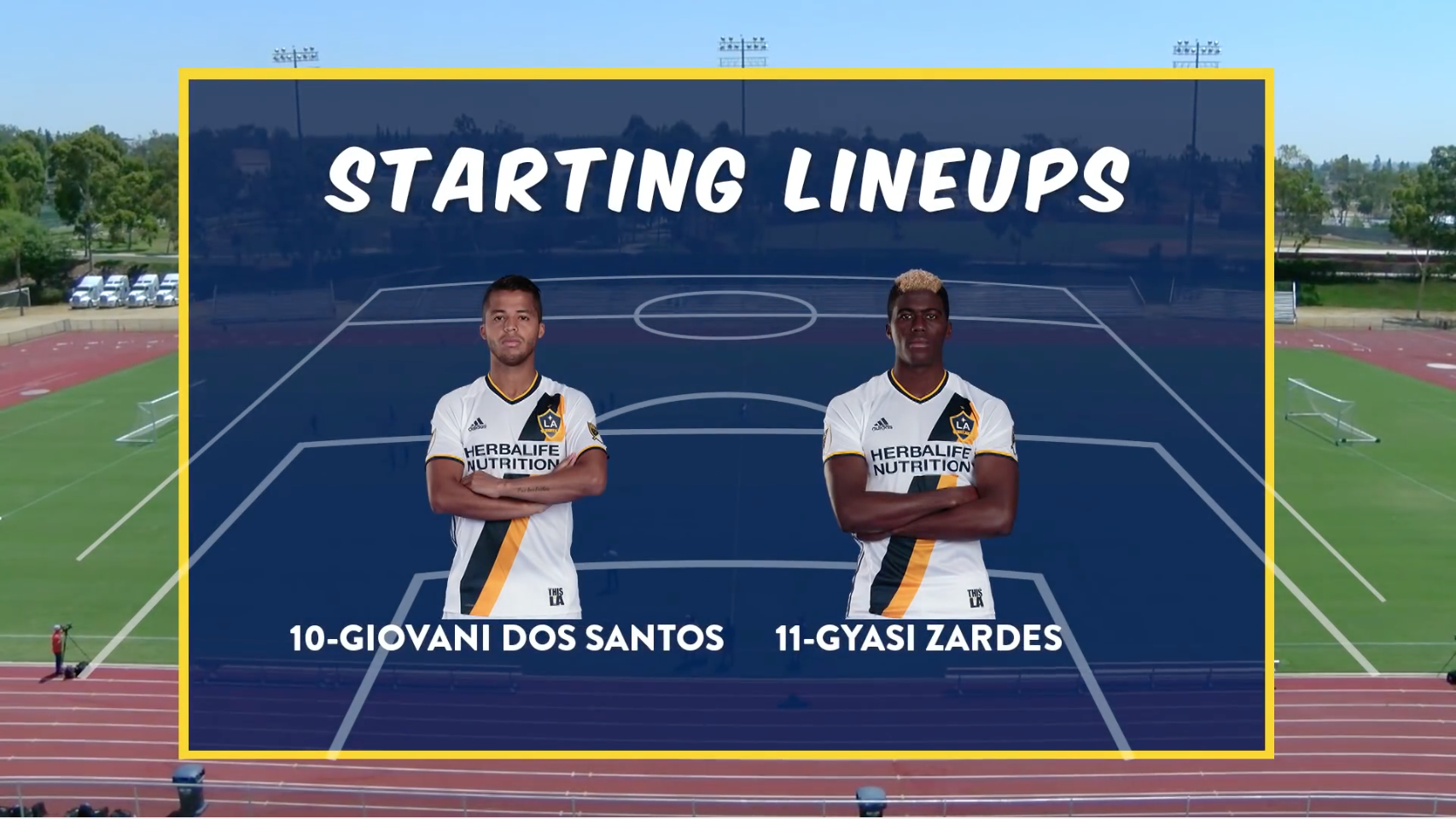 After what has been one of the worst months in LA Galaxy history (or at least it feels that way), Gyasi Zardes and Giovani dos Santos showed off their moves against a gaggle of eight year olds as they played another match in the ongoing series of matches in the Ridiculous Soccer Challenge, driven by Chevrolet. And like other matches in this series, it ended with the LA Galaxy victorious in 2-1 fashion. It’s almost like the professionals are scared to make little kids cry by running up the score, or something.

Many of the matches the LA Galaxy have played in, during the MLS season, have shown the club can defend and score,  although sometimes not in the same game. Take July vs August, for example (actually just take August and poke it with a stick). Dos Santos showed while being very fast, when compared to the shorter legs of kids who probably had their mom drive them to the game in a mini-van, that he can beat a goalie who is the size of an eight year old – or even the size of a 9 year old. Some of those kids look suspiciously nine. We’re investigating. Gio, with a chip reminiscent of his Mexico National Team days, put the ball over the top of the goalie/goalies/how many people are allowed to use their hands? This is truly ridiculous.

Gyasi Zardes, who is currently out with a broken foot, but in these match had all extremities fully functional (like we road in a time machine), also showed that if a player is tiny, he can beat them over the top, for the game winning goal. Some would call this unfair. Some would demand that professional soccer players, gifted with the abilities of Gyasi Zardes and Giovani dos Santos, play the ball on the ground in these games. Those people should probably not be betting on these games. Side Note: Phil you owe me $20.

The vast number of 8 year olds got to Gio and Gyasi on many occasions, however. This in turn caused them to lose the ball a lot. I mean – there were kids everywhere. Did the referee even count how many there were? Seriously, referees are the worst.

With this match being broadcast worldwide (on youtube), other competing managers should see how to defend against two fast players such as Dos Santos and Zardes. Its simple really – just get a bunch more 8 year olds, crowd them, giggle wildly, grab and pull, and they’ll turn the ball over.

The good news is that the LA Galaxy have broken that winless streak. And in an August that didn’t have any wins it’s nice that LA can finish off the month on the winning foot. What?! These games don’t count? We don’t get to see Blas Perez elbow some kids in the face and then flop when the tables have turned and some 9 year-old goes studs up into that diver? I quit soccer.