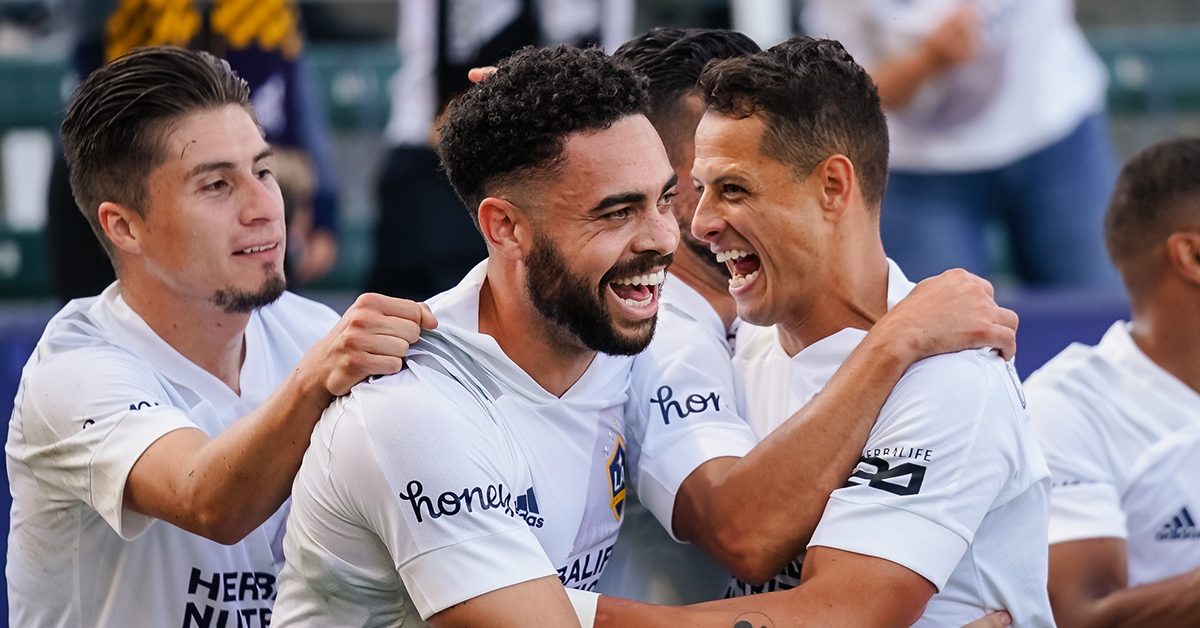 Podcast: Galaxy get an El Tráfico Victory and possibly a Malagasy Midfielder

The LA Galaxy had more success at home against LAFC with some real standout performances from the defense and some new transfer rumors? Yes!

COG STUDIOS, Calif. — The LA Galaxy got a 2-1 victory over crosstown rivals LAFC on Saturday thanks in part to a goal and an assist from Javier “Chicharito” Hernandez, and a game-winning goal from Jonathan dos Santos.

But what really made the game another instant-classic El Tráfico was how the Galaxy fought for everything they got and absorbed almost constant pressure to secure the victory.

On today’s show, hosts Josh Guesman and Kevin Baxter discuss the Galaxy’s victory and a little thing called “heart.” And while we usually shy away from talking about heart, it’s something the Galaxy seem to have already figured out in this very young season.

Josh and Kevin will start with some updates on new Designated Player Kevin Cabral and tell you why he probably could have played on Saturday, but why you should definitely expect him this weekend against Austin FC.

The guys discuss the standout performances from the Galaxy defense and why Jonathan Bond, Derrick Williams, and Julian Araujo all deserved mention on the MLS Team of the Week.

And are the Galaxy just catching teams at the right time? Can an argument be made that Seattle is the only good team they’ve played? Or is something else at play here.

Plus, the guys will get you updated on transfer rumors and tell you why a former Chelsea player isn’t on the list of people the Galaxy want to bring in. But there is someone. Is the second rumor the Galaxy’s mystery man?

We’ve got a packed show ready to get you through a busy week that ends with another home game. What colors will the Galaxy wear this weekend? We’ll make some guesses!