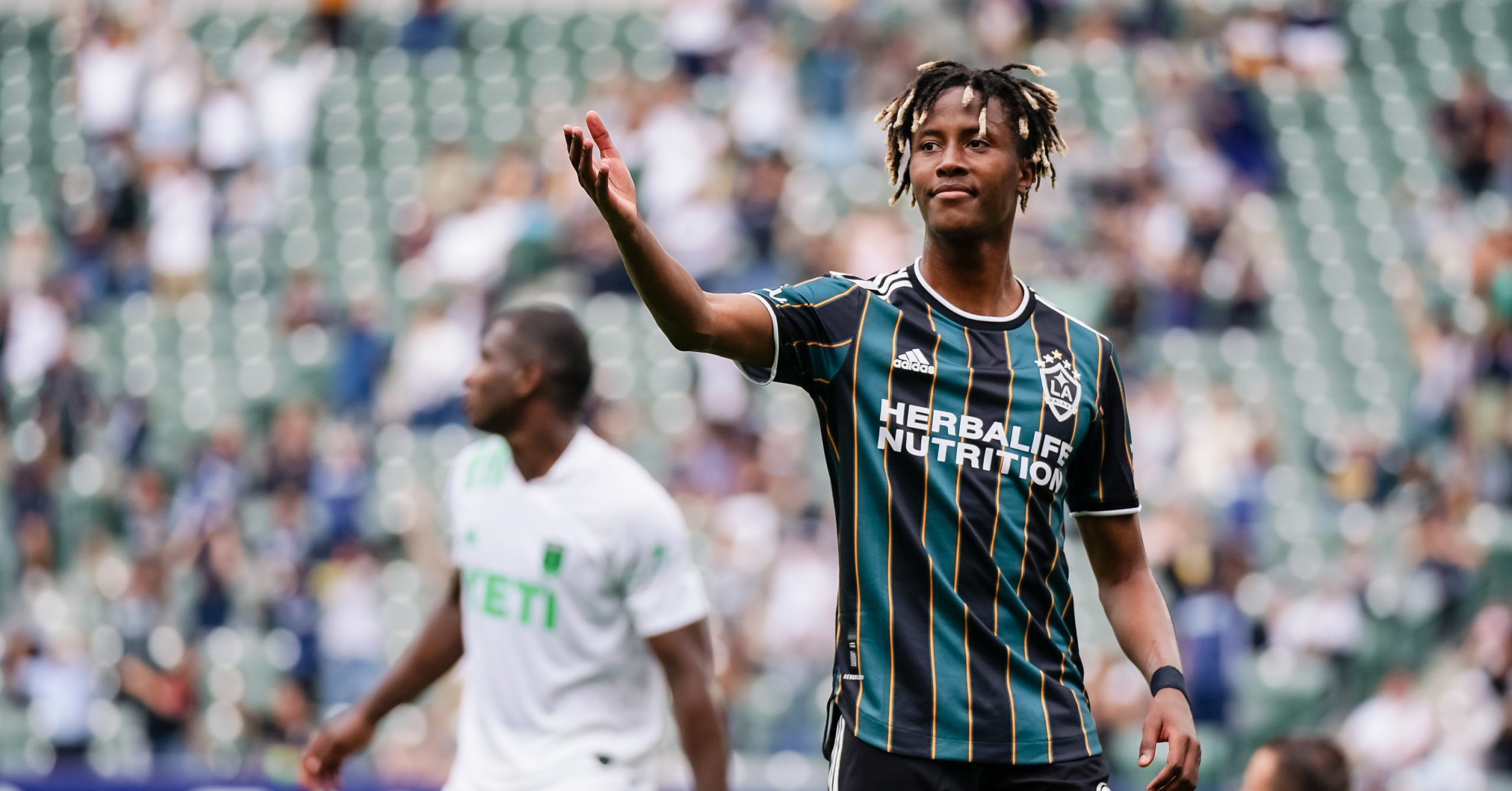 Lletget opens his account, Cabral makes his debut, and Chicharito makes history as the Galaxy start a new win streak against expansion side Austin FC.

After winning their highly anticipated El Trafico derby, the LA Galaxy were heavy favorites to extend their win streak against MLS newcomers Austin FC. There was some concern that this could be a trap game for the Galaxy as there could be a possible letdown from the emotions of the local rivalry.

Nonetheless, the Galaxy handled their business as they coasted to a 2-0 victory. While Austin did manage to win the possession battle on the afternoon and had some goal-scoring opportunities, they looked mostly toothless and the Galaxy defense did what they needed to do when called upon. Julian Araujo earned MLS Team of the Week honors for contributing to perhaps the best defensive showing for the Galaxy this season in addition to earning the first clean sheet of the season for Jonathan Bond and company.

Offensively, there were some initial struggles to get on the scoresheet until Sebastian Lletget broke the deadlock with a simple finish after an excellent pass from Daniel Steres. Javier “Chicharito” Hernandez also made history by scoring his seventh goal in five games, tying a record held by Edson Buddle set in 2010. Hernandez missed an opportunity to break the record outright with a penalty miss in the first half, but his resilience to bounce back after the miss ultimately kept his hot streak in tact.

The last note from the match was that the fans at Dignity Health Sport Park got their first look at new French Designated Player, Kevin Cabral. Cabral looked active after being subbed on in the 62nd minute and also got off to a dream start by scoring a goal, only to have it called back for being offside. The play from Cabral leaves the fan base optimistic of what’s to come from the young DP.

Julian Araujo put in a man of the match performance for the second week in a row. Araujo was excellent in suffocating the Austin attack as he won six duels, more than any other player on the field.

Araujo mentioned midweek that he received a confidence boost from his performance in the LAFC match and built on it by not only putting on a defensive showcase but also by contributing to the attack. Araujo had a crucial assist in the match with a first-time pass to Javier “Chicharito” Hernandez who banged it home in the 77th minute to finally put the game out of reach.

I love what we’re seeing from Araujo and play like this only makes his European aspirations closer and closer to becoming a reality.

Sebastion Lletget scored his first goal of the season and is starting to look like a player finding the same form and success that he has last season as one of the few bright spots for the Galaxy. The ease in which Lletget placed his shot on goal was indicative of the control that he possessed in the midfield during his time on the field.

While the lineup graphic showed Lletget lined up on the wing, he played most of the match in the central attacking midfield role where he was able to have several successful dribbles and created a number of chances that could have moved this game into blowout territory.

After serving a two-match ban for sharing a homophobic slur on social media, a goal on Galaxy Pride Night seemed a fitting gift after his mea culpa statements and hopefully puts an end to that chapter of the season.

Daniel Steres makes his first appearance on the Grading the Galaxy main page this season. The fact that Steres hasn’t been discussed much actually feels like a good sign. I’m a believer in “no news is good news” and Steres continues to put in consistent, workmanlike performances on the backline and was no different in this match helping to contribute to the clean sheet.

Steres also earns credit for his excellent long ball into Sebastian Lletget to open the score what was eventually the game-winning goal. Steres seems to often find himself contributing to the offense via a set-piece goal or crucial assist. He led all LA Galaxy players in successful passes with 49.

The addition of new center backs may be on the horizon, but this is nothing new for Steres and I expect that he will continue to fight and put in solid shifts to keep his starting spot.

Efrain Alvarez earned his second start of the season showing that he could be earning the trust of Greg Vanney to potentially start in important games. As someone who has been critical of Alvarez, his performances over the past couple of weeks have done an excellent job of silencing this critic.

Alvarez is beginning to show the spark and creativity that many have seen when he spends time with the Mexican Youth National Teams and where his technical skill and pass accuracy shine. One of his most memorable plays of the game came in the first half where he crashed into the box and performed a double-cut before his shot was deflected out of bounds for a corner kick.

I am looking forward to watching the confidence continue to grow within Alvarez and it looks like Vanney will be putting him in positions to succeed with the players around him.

*Authors Note: All in all, there were truly no bad performances in this match. For that reason, the Needs Improvement section this week is merely picking knits.

Javier “Chicharito” Hernandez continues his redemption season by once again tallying a goal to bring his season total to seven. His seven goals are more than 15 other MLS club’s total goals in the 2021 regular season.

Even with this incredible start and goal-scoring record, Hernandez did show that he was human this week. There were two opportunities where he could have extended his goal-scoring record with a pass inside of the six-yard box from Sebastian Lletget and a missed penalty kick. These are minor critiques, especially after the Galaxy walked away with three points and Hernandez eventually did earn himself a goal.

If Chicharito’s off-season is to be any indicator, I would imagine that he will be taking a few extra penalty kicks after training so he can finally convert from the spot for the Galaxy. I am certain that a player of his stature and the way the Galaxy are playing will present more penalty kick opportunities.

After seeing Samuel Grandsir in the Needs Improvement section once again, you may be thinking, “We get it, Hammer! You don’t like Grandsir!” But au contraire mon frère! I think Grandsir put in one of his better shifts for the LA Galaxy this season.

Grandsir found himself in the right place at the right time on various occasions and nearly opened the scoring with a shot in the second minute which went directly into the goalkeeper’s hands. This is why I think Grandsir is on track to be a key contributor to this Galaxy team once the ball takes a few bounces in the right direction and he is able to gear up to match fitness.

While you’re here, I’ll use my soapbox to say that any game to game critique is simply that. Players have a long season to show what they can do. Players may be trending in the wrong direction for weeks and then put in a man-of-the-match performance or vice versa. The sample size for some players is larger than others and grace could be given but doesn’t take away from trying to determine how players can improve after each match.