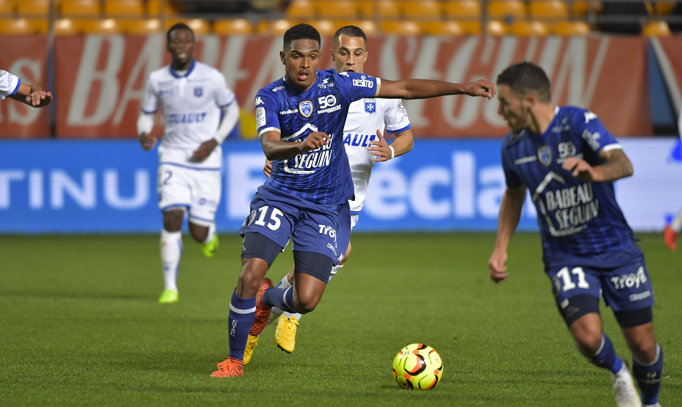 The LA Galaxy are putting a lot of faith in the idea that they’ve found talent in Ligue 2. Rayan Raveloson is just the latest experiment.

The LA Galaxy think they’ve something in France, this offseason. They’ve added Samuel Grandsir, Kevin Cabral, and Sega Coulibaly this year, and in keeping with that trend, the club has signed 24-year-old defensive midfielder Rayan Raveloson from Ligue 2’s ES Troyes AS.

Raveloson started 34 matches with Troyes last season (2020-2021) amassing just over 2,900 minutes and helping the French side to promotion to Ligue 1 by scoring a goal and adding two assists. His primary position lists him as a defensive midfielder, something the Galaxy were short on since the departure of Perry Kitchen during the offseason and he plays for Madagascar’s national team. In 2021 he’s started four games for the Malagasy side in their Africa Cup of Nations qualification hopes and has 11 caps overall for the island nation.

Raveloson’s contract will keep him with the Galaxy for the next three years and includes a club option for a fourth year. He’ll arrive on a free transfer with his Troyes contract expiring at the end of June and will be added to the roster pending his P-1 visa and his International Transfer Certificate (ITC).

“Rayan is a talented, young and versatile midfielder who was a key player in leading his team to a title in France this season,” said LA Galaxy General Manager Dennis te Kloese. “We think he brings a valuable experience and skillset to our midfield and will be a positive addition to our team. We look forward to him joining the club and his contributions to the LA Galaxy.”

The Galaxy are expecting Giancarlo Gonzalez to receive his Green Card in the near future and that will open up an International slot for Raveloson to be added to the roster. And with Sega Coulibaly still awaiting his visa approval, the Galaxy don’t actually have 8 INTL’s on the roster. Currently, the Galaxy have Gonzalez, Kevin Cabral, Samuel Grandsir, Carlos Harvey, Javier Hernandez, Victor Vazquez, and Jonathan dos Santos as their International roster slot holders. Coulibaly is expected to be added to this list along with Raveloson which would then necessitate Gonzalez’s green card.

At nearly six feet tall, Raveloson should be a big addition to a midfield that is looking for a way to free up dos Santos in order to allow him a more offensive or box-to-box role. Not only will he be a big body to fill space in the middle of the field, but he should also be a welcomed target on set pieces. How well he adjusts to MLS, Los Angeles, and a new team is still up in the air.

What is clear, however, is that the Galaxy think they’ve found great value in Ligue 2 and they’re continuing to put their faith in what they see as an overlooked segment of the soccer landscape. How well they’ve done with this attachment to French Talent will be left to the results on the field.