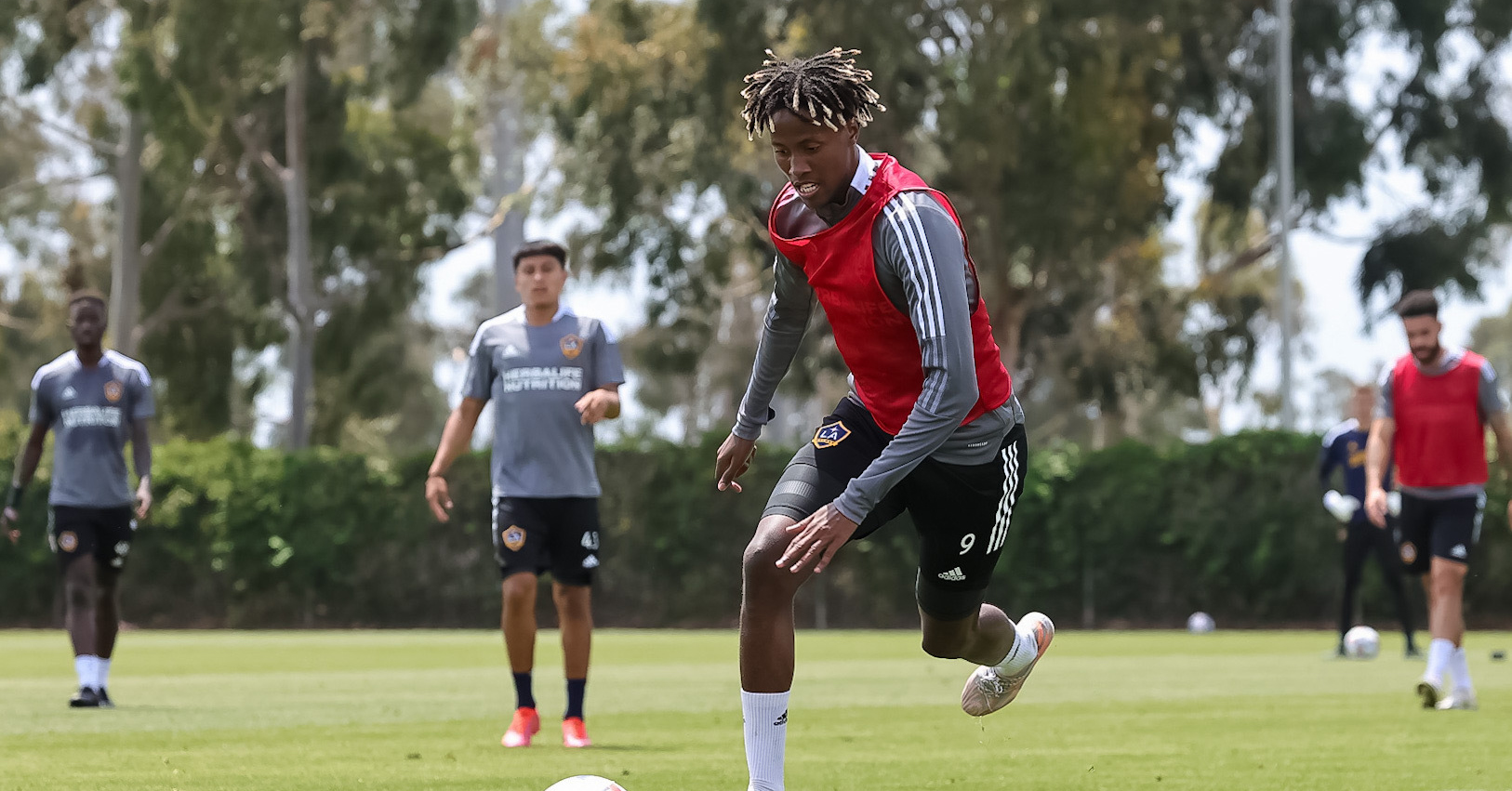 Kevin Cabral is getting comfortable in Los Angeles and Jorge Villafaña is looking forward to his return to Portland.

Rayan Raveloson became the fourth French player to join the Galaxy this season when the defensive midfielder from Ligue 2’s ES Troyes AC signed a three-year contract, plus a one-year team option, on Thursday.

The latter signed a five-year contract as a young designated player on April 8 but had to wait six weeks until he was permitted to move abroad. The 21-year-old, who went 28 minutes in relief of Sebastian Lletget last weekend against Austin FC and had an apparent goal negated by an offside call, understandably was relieved to finally join his new team.

He said he almost felt helpless for the process to work itself out.

“I did not expect it to take such a long time,” he told reporters, via an interpreter, in a Zoom call with reporters Thursday. “The visa and paperwork, I felt it would be faster. But what can you do? It’s not on me, not on the club. We have to be patient.

Cabral said he had opportunities to continue playing in France, but the chance to join the Galaxy apparently was too good to pass up. He also likes what he has seen so far with his new team.

“I received offers from clubs in France, and abroad, but LA Galaxy showed a lot of interest,” he said. “They even made several offers. In France and abroad I wasn’t sure about the offers. Maybe also because the season was not finished there yet.

“My first impressions (of the Galaxy) are it’s a great club. There are great facilities, and the collective level is impressive.”

Galaxy head coach Greg Vanney said Cabral’s brief appearance last weekend should go a long way to help him settle in with his new surroundings. He said he could tell the difference when the club re-assembled the day after the match.

“I felt like on Sunday when we returned and trained as a group,” Vanney said, “it was almost like a big relief, that he got his initial feel of his first game, the emotion of that part of it out and the uncertainty of on the field in an MLS game. I feel like all of this is behind him after just that 30 minutes.

“He came out Sunday just a lot lighter, a lot freer, a lot more comfortable, and has been so all week. I’ve been impressed with how quickly he’s understanding what we’re trying to do from game concepts … very intelligent in picking up things quickly.

“He’s taken a big step forward from where he was even last week,” Vanney continued. “We’re happy with that, for sure.”

Cabral admitted he started slowly against Austin FC, but he soon got into the swing of things.

“My first minutes my legs were heavy because I had not played for a long time,” he said. “Now I want to play more and more and score more and more goals for this club.”

Saturday’s match in Portland against the Timbers at Providence Park (12:30 p.m., ABC) figures to be an emotional one for Galaxy defender Jorge Villafana.

The 31-year-old left back, a native of Anaheim, joined the Galaxy during the off-season after five seasons with the Timbers and still keeps in touch with several of his teammates. But he didn’t necessarily have this weekend’s game circled on his calendar.

“It’s not really marked,” Villafana said, “but you always look to those games. It’s a good feeling, going to a place you spent a lot of time there. Obviously good times. A lot of friends, people I’ve known for a long time.

“It will be nice to go back, definitely.”

Villafana wasn’t as interested in any reunion as much as he was in the Galaxy, winners of four of their first five games, taking another step forward in this season’s early revival. He is well aware it will be a difficult task against a club that holds a 6-3-3 record against the Galaxy in Portland and won the last meeting there, 5-2, on Oct. 28, 2020.

“At the end of the day we are going with the mentality that it’s not going to be an easy game,” he said. “We need to bring home those three points that are going to be really important for us.”

“Victor has trained most of this week,” Vanney said. “We’ll see the role he plays. We’re trying to be smart with his process, also understanding we’re on turf and just taking that in a smart way.”

Defender O’Neil Fisher (groin strain) also has been training, but Vanney wouldn’t commit to his playing status for this weekend. Neither would he say anything definite regarding defender Jalen Neal, who has been out with a stress reaction.

“Other than that,” Vanney said, “we’re pretty whole.”

“With Sebastian and all our guys who are fortunate to be called up, we want to be supportive of them,” he said. “For us, we’ve mapped out who we think we’re going to be missing and when. We just want to make sure we have enough cover and have the right guys to keep the team moving forward. Really, it gets down to the Gold Cup (the U.S. plays its first match July 11) when guys will be away and we have matches.

“It’s a combination of things,” he said. “In terms of things we’ve looked at on paper and on video, we scoured a lot of different countries. We were everywhere in South America, in the Eastern part of Europe. In the top part of Ligue 2 the best young players who have Ligue 1 potential can settle in and play in our league. It’s an athletic league, it’s a fast-paced league, it’s also very organized and there’s teams in there that are very tactical.

“The other part is that’s where we could get to see players live, to meet them in person, to get a real feel for what these players are going to bring to our team. Not just on the field but off the field. We’re having a difficult time nailing down all those things with some of the players we’re interested in.

“With the pandemic,” he went on, “some of the clubs and teams over there are having a difficult time financially, so it helps because we were in a position to try and make moves. We had resources to do so. We’re still scouring the globe to find players who fit with what we’re trying to do.”