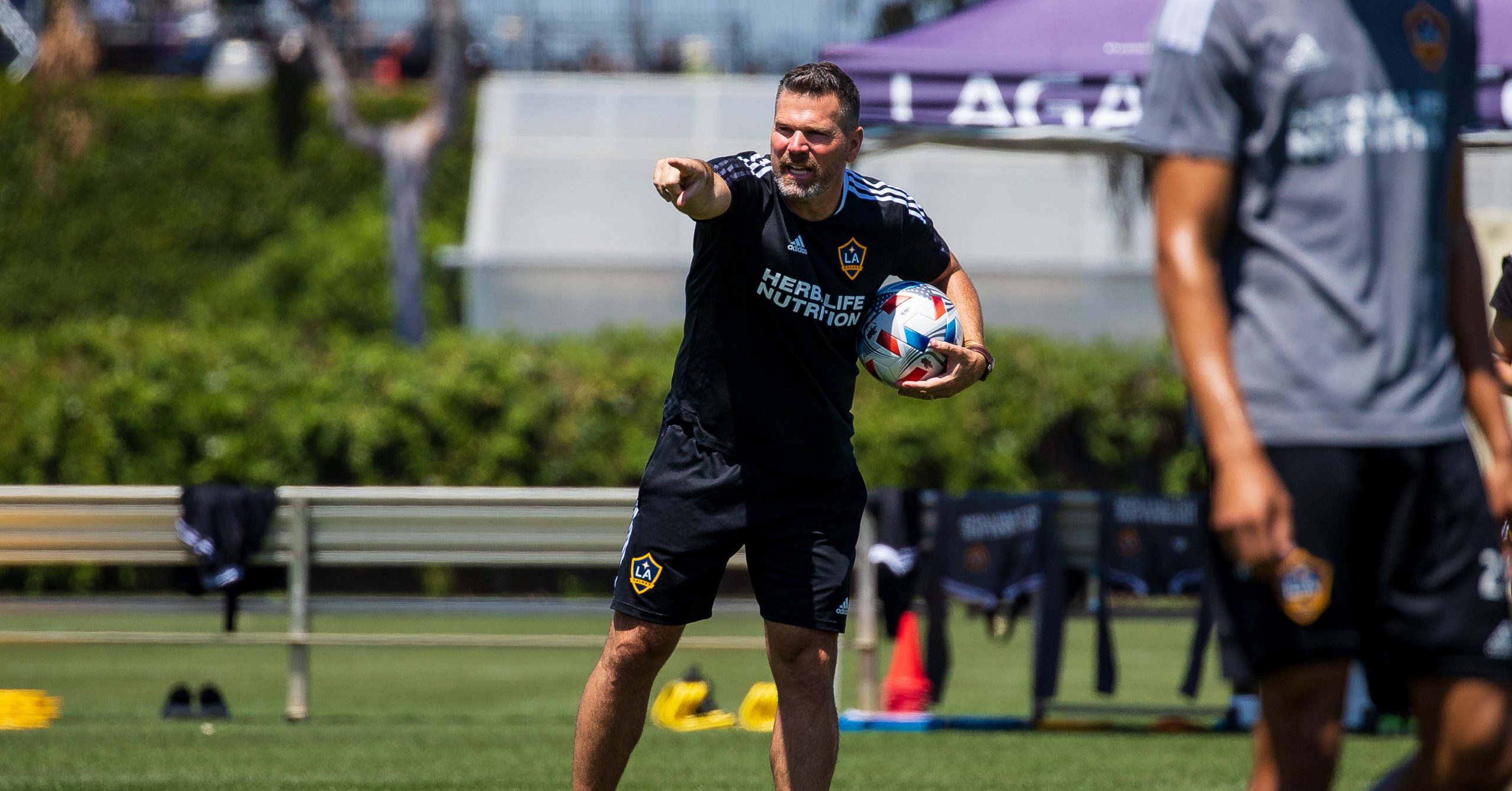 Sega Coulibaly makes his first media appearance for the LA Galaxy, and the defender is settling in nicely with the club.

The newest member of the LA Galaxy, Sega Coulibaly, is a native of Mali who celebrated his 24th birthday Wednesday far from home. But he’s not necessarily a stranger in a strange land.

His command of the English language is surprisingly good, he’s been welcomed with open arms by his new teammates, and he already feels comfortable in unfamiliar surroundings.

He said he embraced the change to Major League Soccer after playing professionally in France since 2013 and said he can’t wait to show what he can do for the five-time MLS Cup champions. He could get that opportunity when the Galaxy returns to action on Saturday, June 19 at full-capacity Dignity Health Sports Park against the Seattle Sounders (6 p.m., Spectrum SportsNet).

“I’m very happy to be here,” Coulibaly, who signed a two-year contract with a one-year option, told reporters Wednesday. “I feel like I’m at home and I can’t wait to play again.”

Galaxy head coach Greg Vanney said he started paying close attention to the 6-foot, 190-pounder late last December, and the club got “some boots on the ground” to take a longer look at him live earlier this year. Vanney added he quickly came to realize Coulibaly could add a great deal to a club in the midst of a substantial makeover, particularly on defense.

“I found he had a lot of qualities that I found intriguing,” Vanney said. “His understanding of the position, the sharpness of his movement, things like that. Initially, I felt he was still trying to get comfortable with a new coach, a new system (at AS Nancy in Ligue 2).

“We weren’t rushing in so fast to try to get the deal done. I thought as the season progressed he got more comfortable and he was excellent. The team went 8-10 games without losing and he was playing a big role in that. You started to see all of the qualities we were looking for.”

Coulibaly said he began watching MLS games, particularly those of the Galaxy, when the club began to show interest in him and turned down options to remain in France. He called the Galaxy “a great team with great players” and went so far as saying Europeans have the wrong impression of MLS.

“Now I can say it’s a good choice. We have good training facilities, a good staff. I hope to give my best.”

Coulibaly also said the appeal of living and playing in Southern California was a contributing factor in his decision to join the Galaxy. He’ll also be able to follow more closely one of his favorite teams, the Lakers. “Because of LeBron James,” he said with a grin.

“I want to see other things. I want to make a big move for myself and improve as a player and as a man,” he went on. “I think USA is a country I will like. I want to discover other things.

“It was my choice to come here. I want to discover and grow up as a man and a player.”

Vanney said he’s already been impressed with the central defender despite being in this country and training less than two weeks.

“He’s integrated really well. The guys have really welcomed him, which is no surprise with our group of players. He has trained well, he has a great soccer IQ, he closes fast and he has great physicality in his game and he understands what he’s trying to do on the field.

“What I’ve been really surprised about is his eagerness and willingness to communicate. His English is OK. I would say it’s better than average probably for a player who’s moving to a new country for the first time. Just his willingness to get his message across to his teammates during games and the players around him.

“He’s been very vocal in that capacity, which is really nice to see him feel that comfortable already.”

Jonathan dos Santos, who was replaced in the 51st minute after suffering a leg injury in the Galaxy’s last game, a 1-0 victory over San Jose on May 29, continues to make progress from a strained calf that prevented him from playing for Mexico in the just-concluded CONCACAF Nations League competition.

“We believe he’ll be on pace to be available for the Seattle game,” Vanney said. “We will know more once we see what the return to play process will look like. From a timeline standpoint, he should be OK for Seattle and should start on-field work in the next couple of days.”

Vanney did not agree with the length of the suspension handed down to center-back Derrick Williams, who was red-carded for his vicious tackle on Portland’s Andy Polo in the Galaxy’s 3-0 loss on May 22. Polo underwent surgery to repair a torn meniscus and ruptured right quadriceps and will miss the rest of the regular season.

Williams will miss five additional games (six total) and was fined an undisclosed amount. He will not be eligible to return until the July 17 match at Vancouver.

“Look, I get it where the league wants to make a point,” Vanney said. “At the end of the day, the tackle was a soccer play. Yes, it was reckless; yes, he came in hard but there was no intent. It was not a reaction to something.

“It was an attempt to play the ball and play soccer and from that side of it I think it (the suspension) was a bit harsh. But I also understand there was a player on the other side whose season is probably done. I do sort of get it.

“I had a number in my head that I thought was going to be harsh, and let’s just say it was a little more than that,” he went on. “We take it and we deal with it. Our team will move forward, Derrick will move forward and we’ll keep him engaged and ready to go.

“We respect the decision, but it wasn’t what I had expected.”

Should Javier “Chicharito” Hernandez be included on the latest edition of the Mexican national team? Vanney said there’s no doubt he should.

“He definitely deserves to be in the discussion,” he said of Hernandez, who leads MLS with seven goals. “With strikers, it’s their form. He’s in excellent form, I think his fitness level is good. He obviously has a lot of experience with them.

“He definitely should be in the discussion, but I don’t know if that discussion has taken place or not. I have no comment on that side of things. But I feel when a striker is in the kind of form he is and working the way he is he can help a team. I think that discussion could probably take place, but it’s not my place to say anything quite more than that.”

The wait continues for the arrival of French Ligue 2 midfielder Rayan Raveloson, who was signed on May 20 but still hasn’t received approval to come to the U.S.

“He has an appointment and we have a request to get it moved up a little sooner,” Vanney said. “Hopefully we’ll hear back on that in the next day or so. I still hope, I don’t know why, but I still have optimism we can get this done and try to get him here before the next match.

“Whether he’s ready to play we’ll have to see.”

Vanney said he still has not watched any more episodes of the popular Apple TV+ series “Ted Lasso,” which returns for a second season on July 23, but he can’t be blamed for missing out on it.

“But I look forward to it. I’ve been thinking about it a little bit.”