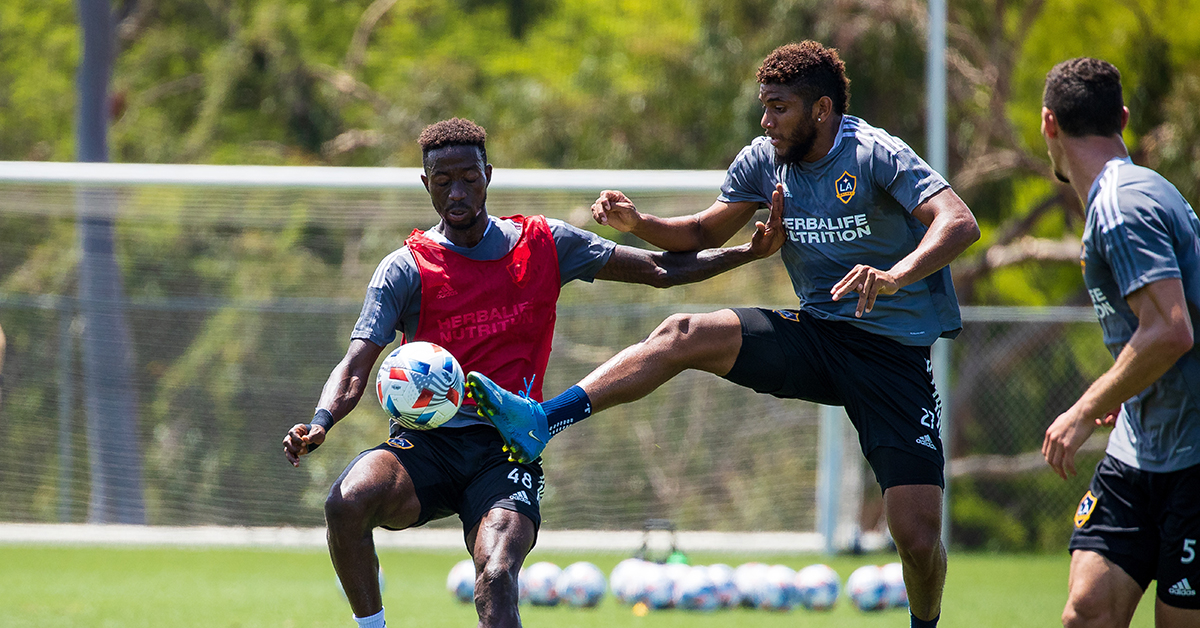 PODCAST: A Gold Cup Full of Galaxy players? Depth an issue for LA?

The LA Galaxy could be losing up to nine players for the upcoming CONCACAF Gold Cup? With only a short break for the club, can the depth handle the strain of prolonged absences?

COG STUDIOS, Calif. — The LA Galaxy are heading into another important game-week with the Seattle Sounders standing in their way of keeping a perfect home record! Plus, it’s a full-capacity game for the first time since the early days of 2020!

Hosts Josh Guesman and Kevin Baxter discuss the Galaxy news you need to know headed into an important busy stretch of games for the club.

Corner Of The Galaxy · A Gold Cup Full of Galaxy Players? Depth an Issue for LA?

Josh will start with his attendance at the Blue, White, and Gold Pop-Up put on by One, Two Threads and a bunch of amazing Galaxy fans producing some of the best products surrounding the club. Is it time for the Galaxy to help this grow even bigger? But could they do it without getting in the way?

Then the Josh and Kevin will discuss the Galaxy’s Gold Cup problem and why Javier “Chicharito” Hernandez and a serious handful of other Galaxy players will depart the team in July, and some might not be back until August. Can the Galaxy survive that hit to personnel?

Finally, the guys are talking about Auggie Williams is having one heck of a time trying to play for Sierra Leone. We’ll tell you why another game was postponed and some seriously sketchy Covid tests are going awry in this important Africa Cup of Nations qualifier.

We’ve got a fun, upbeat show as the Galaxy get back into the groove of playing games against some of the league’s best teams. It’s a tough restart, but we’re ready to get you through this critical stretch of games.