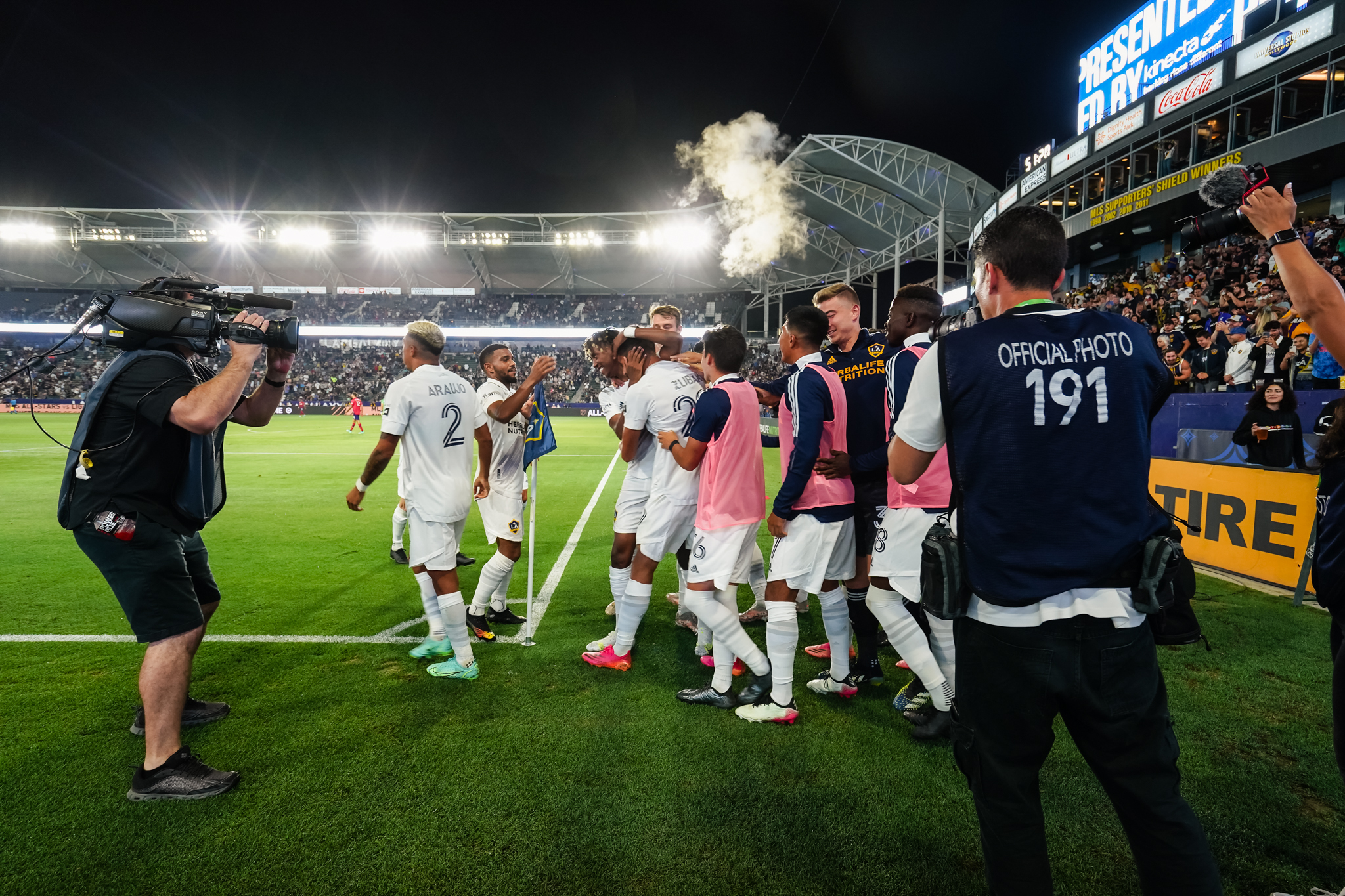 We’ve got details on our Live Event at Taps Brewery and we’re talking about Galaxy players in the Gold Cup and the upcoming three-game road trip.

COG STUDIOS, Calif. — The LA Galaxy didn’t have a game this weekend, so we thought it would be an excellent time to catch you up on the schedule, some Galaxy news items, and some plans of our own.

On today’s show, hosts Josh Guesman and Kevin Baxter discuss some of the off-week news you want to know! And that includes how Galaxy players have faired at the CONCACAF Gold Cup so far.

The guys will talk about Efrain Alvarez’s long run-out with Mexico, how Jonathan dos Santos might end up playing some heavy minutes, and how Sebastian Lletget had the captain’s armband for the United States Men’s National Team against Haiti.

Plus, we’ll make sure to give you updates on Giancarlo Gonzalez and Oneil Fisher as Costa Rica and Jamaica play their first games of the tournament.

But Josh and Kevin will also discuss the Rayan Raveloson’s Team of the Week nod and why the Galaxy should be getting some bodies back into the fray for the team’s longest road trip of the season.

Does a matchup with two of the worst teams in the Western Conference bode well for the Galaxy on this trip? And how many points is enough for the next three games?

With Javier “Chicharito” Hernandez still out, will we get an update on his injury status this week? And why might the Galaxy go after a more experienced and older second-striker when everything they’ve done up until now shows they’re focused on youth?

Finally, Josh will give you details about our live show coming up on July 31! Will you be in attendance for our show at the end of the month? Will you be having some birthday beers with the Pod Father?

We’ve got a great show for you, and we can’t wait to share it!