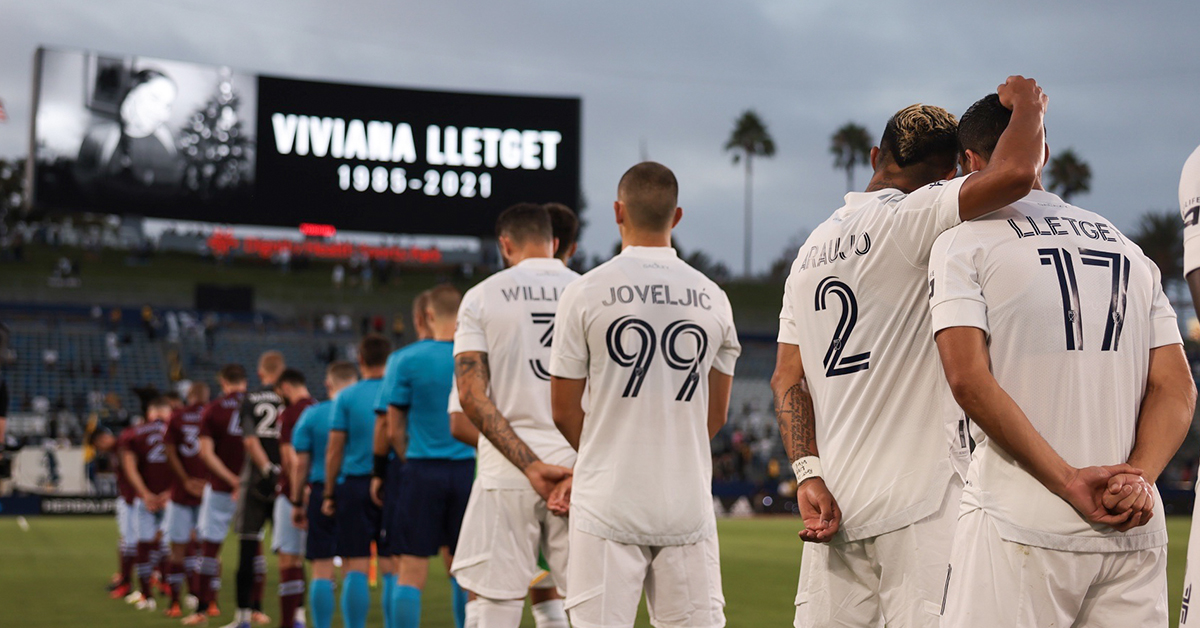 Podcast: The one where the Galaxy try to end San Jose’s Surge. And a goalkeeping controversy?

Did Greg Vanney cause a goalkeeping problem? And can the Galaxy find that arrogance they’ve been missing at home?

COG STUDIOS, Calif. — The LA Galaxy didn’t get a result against the visiting Colorado Rapids on Tuesday night. And now they have to throw a ton of effort into a Cali-Clasico that could mean ending a surge of somewhat positive results from the San Jose Earthquakes. Will the Galaxy start to put some things together with just 14 games left in the season?

On today’s show, hosts Josh Guesman and Sophie Nicalou discuss all the Galaxy news and info you need to head into a Friday night match that has a national TV audience, and that kicks off a rivalry weekend.

Corner Of The Galaxy · The one where the Galaxy try to end San Jose's Surge. And a goalkeeping controversy?

Josh and Sophie will start with the loss to Colorado and what they saw from a frenetic Galaxy side that couldn’t find the finishing touches despite several good stints of play. But there was also a horrible start to the game and some questions surrounding Jonathan Bond’s performance. Did Greg Vanney cause some problems between Bond and Jonathan Klinsmann? Or is there more to the “nervous moments” from Bond during his two most recent games?

Plus, how do you feel about Jonathan dos Santos’ play over the last couple of games? Is he making a push for the Galaxy to keep him as a Designated Player? Or is his time with the club coming to a quick end?

And what about injury updates for Friday night’s game?

Finally, we’re discussing the Galaxy’s match with the San Jose Earthquakes. Can the original rivalry still get the blood pumping? Can you still call it a rivalry?

Are the Galaxy ready to make a sprint to the playoffs? Or is there still some worry that it could all come crashing down? And does Chicharito put this team into another level? Does his inclusion mean cup thoughts?

We’ve got a great show that will get you ready for another rapid-fire game! See you at the stadium!