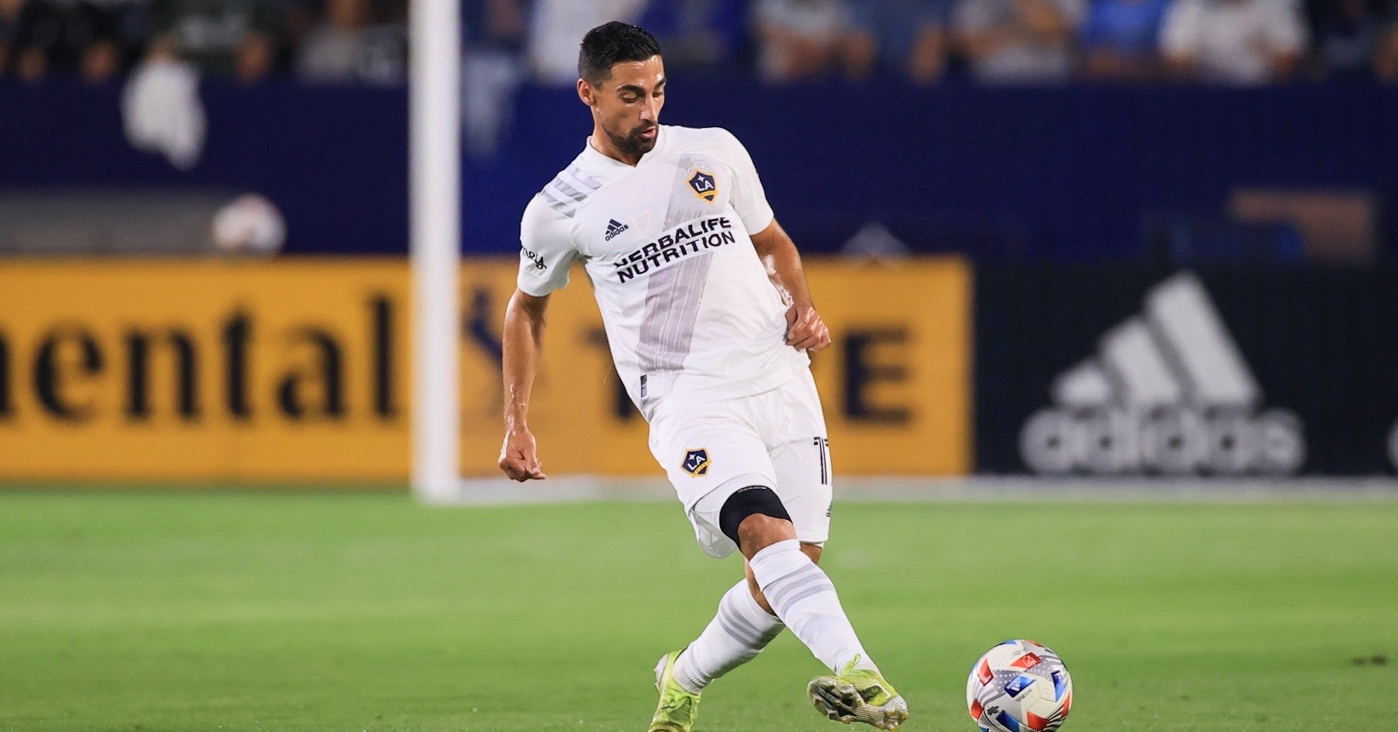 No more Mr. Nice Guy for the LA Galaxy. And Chicharito gets a little closer to seeing the field.

The Galaxy are coming off a tense, 2-1 loss to the Colorado Rapids in a battle of Western Conference contenders and are about to play the San Jose Earthquakes, who are 12 points behind them in the standings.

Galaxy head coach Greg Vanney said there was no chance of a letdown, partly because Friday’s game at Dignity Health Sports Park (7:30 p.m., ESPN2) is this season’s third edition of the California Clasico, with the Galaxy winning the first two. Vanney said another reason why he was confident his team would bounce back, at least from an emotional standpoint, was the loss to the Rapids left his side in a foul mood.

A little anger, then, may come into play Friday for the five-time MLS Cup champions.

“Part of it is because we didn’t get the result we wanted last game, which should heighten everybody’s awareness and anxiety a little bit,” he said. “We should feel like we need to come out and perform and back up the last performance with a good result.

“If we had won the last game, I would probably be more inclined to answer that and say, ‘Yeah, we need to be sharp in this game, not be complacent.’ Because we didn’t win I would like to think this group has a chip on their shoulder and is ready to come out and play.”

San Jose is 4-3-1 at Dignity Health Sports Park since the 2015 season and lost earlier this year to the Galaxy, 1-0, on May 29. Vanney said his San Jose counterpart, Matias Almeyda, appears to have made the necessary adjustments to turn around a season that featured a 1-5-1 run which included the loss to the Galaxy in June.

“In the course of the season,” Vanney said, “he makes slight adjustments and they have adapted to maybe not being as exposed as in previous games. They’re not giving up as many goals as they have, and a lot of their games now are tight.

“I think they’re a little less extreme in the man-to-man, more of zoning a little bit away from the ball and not just chasing men around which left them exposed. That’s a coach who is reading his group and maybe adapting to the league as well.

“They’re a competitive team, a combative team. There’s some things they do really well.”

Javier “Chicharito” Hernandez, who has missed the last 10 games with a calf injury, will not be available for selection Friday, and Vanney said he was cautiously optimistic he will be ready for a showdown with LAFC on Saturday, Aug. 28 at Banc of California Stadium.

“We have some fingers crossed and optimism that maybe by LAFC he’ll be involved.”

Vanney was asked if Hernandez could play in next Wednesday’s MLS All-Star Game at Banc of California Stadium and the MLS All-Star Skills Challenge on Tuesday. Hernandez recently was one of eight players selected to represent the league in the skills competition.

“Candidly and openly from my perspective,” Vanney replied, “he hasn’t played since what will be 10 games. It’s hard to see a guy who hasn’t played in 10 games go up and play his first game or minutes in an all-star game. That for me is really, really difficult to swallow.

“I just don’t know how that corresponds to his availability for the LAFC game. My hope is he doesn’t have any involvement. But I also want him to be available if he’s progressing in the right way to play in the LAFC game. We’re working through that with the league to make a smart decision.

“Whatever it is,” Vanney went on, “he won’t be put in a position where he’s put in a vulnerable spot that puts him at risk.”

Center back Sega Coulibaly, who was replaced by Nick DePuy late in the first half of the loss to Colorado with what was feared to be a concussion, will be available to play Friday.

Vanney said tests revealed a bruise and soreness and Coulibaly has passed on-field tests in order to be pronounced fit for the San Jose match.

Kevin Cabral, who missed the Colorado match with a sore hamstring, “remains at the moment available unless something comes up that I don’t know about,” Vanney said.

“Coming out of the (Minnesota) game and needing treatment for the last two days going prior and going into the Colorado game it was sort of a risk/reward,” he added. “We chose not to risk.”

Jonathan dos Santos is ready to go despite suffering from fatigue and cramping against the Rapids and left-back Jorge Villafaña, bothered by a sore left knee, has a good chance to be on the game-day roster as well.

“I just have to see if he had any reaction from today’s training,” Vanney said. “He trained the last few days, just trying to get the jolt of a bone bruise to minimize. I’m optimistic that he’ll be available for tomorrow. My anticipation is he will be available.”

Recent acquisition Niko Hämäläinen has been a pleasant surprise filling in for Villafaña. Vanney said the 24-year-old, acquired on loan from English side Queens Park Rangers less than two weeks ago and quickly pressed into a starting role, has integrated seamlessly into the group.

“I think he’s done an excellent job in a short period of time,” Vanney said. “Clearly he knows how to play the position and the expectations and he’s got a great foundation of soccer ability.

“We haven’t asked anything really unique of him, just to be himself. He has an awareness of his surroundings and his decision-making has been very good. Those things have helped him to really settle into our group.

“I’m pleased with him,” Vanney went on. “We have an opportunity where we have two good left-backs who can help us push this team down the stretch.”