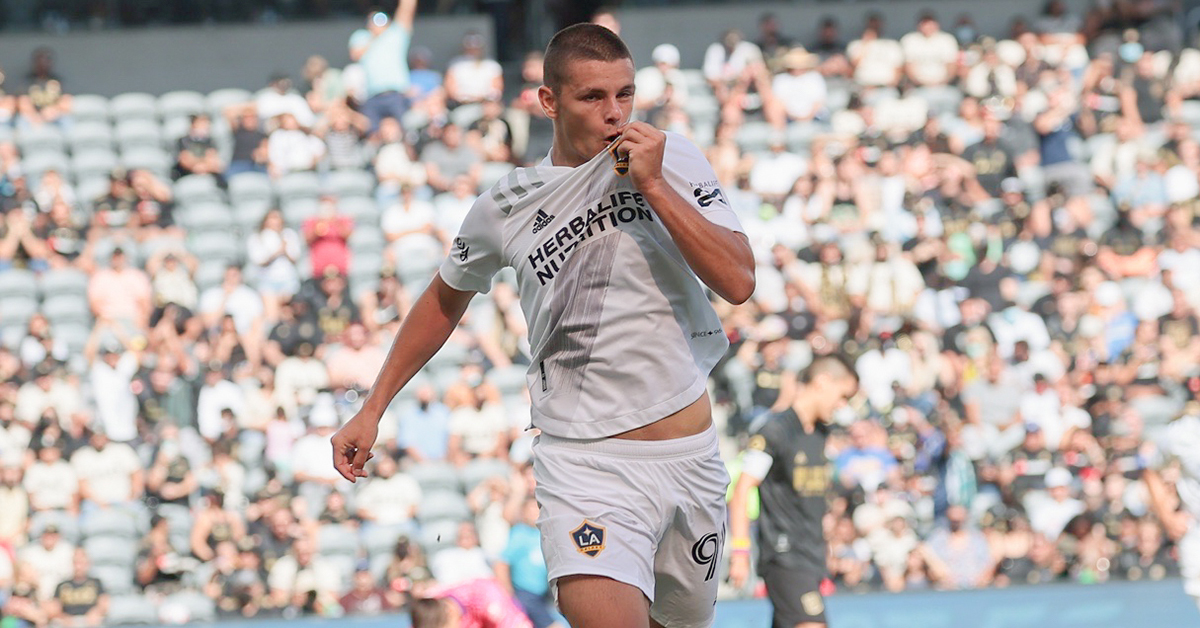 Kevin Cabral had limited chances and connected on most, and Dejan Joveljić just needs to see more of the ball. The LA Galaxy might have something here.

COG STUDIOS, Calif. — Anytime you go on the road in a rivalry game, getting a point is a welcome result. How did the LA Galaxy earn their point against LAFC? And what does that mean for a team that is pressing toward the playoffs?

Josh Guesman and Kevin Baxter walk you through the Galaxy’s trip to take on LAFC and discuss who stood out and who didn’t have a good game. Would you want to change the lineup to get a better A+ set of players? And can you do that without Javier “Chicharito” Hernandez being on the field?

The guys will even talk TV production and some big numbers as far as ratings go. Is El Tráfico the biggest MLS tv property? And does that give the league license to do stupid things?

Josh and Kevin will also discuss the Galaxy’s upcoming schedule and why some teams won’t be taking an international break. That includes the Colorado Rapids, and it’s a game Galaxy fans should watch!

We’ve got another fun show for you as the Galaxy survive their international break with six or seven players headed to their national teams.