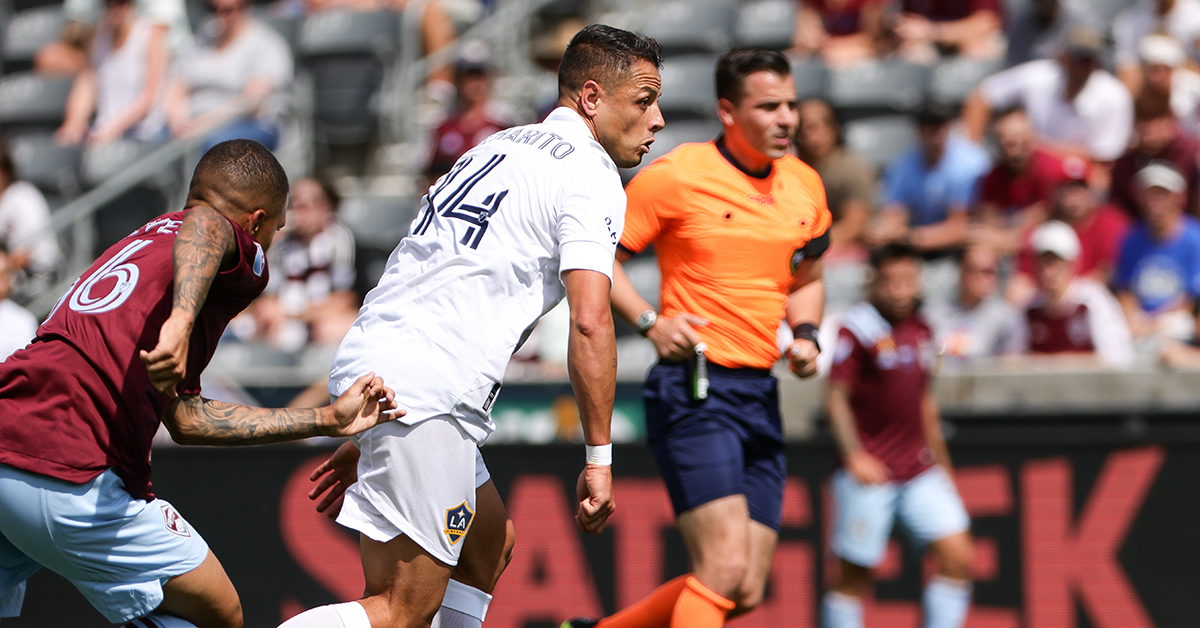 PODCAST: Galaxy get a good point from the Rapids, but need all three at home against Dynamo

Did the LA Galaxy make a defensive stand in Colorado? And why is a lot riding on a win over Houston on Wednesday night?

COG STUDIOS, Calif. — Getting one point on the road against a legitimate playoff team will end up being a big point for the LA Galaxy. But can you claim that the Galaxy deserved more from that very even affair?

On today’s show, hosts Josh Guesman and Kevin Baxter will get you updated on the Galaxy information you need for the jump start to a hectic week for the team from Los Angeles. That will include hearing from Javier “Chicharito” Hernandez for the first time since June and what Galaxy head coach Greg Vanney thinks of this Houston Dynamo team now that they snapped a very long winless streak.

Corner Of The Galaxy · Galaxy get a good point from the Rapids, but need all three at home against Dynamo

Josh and Kevin will start with the draw against the Colorado Rapids. They’ll talk about the play of Chicharito and why the Galaxy left two or three big plays on the table when facing off against the second-best team in the Western Conference. Can you pencil LA into the number four spot in the West? Or could a busy September, and some dropped points, mean the Galaxy will be scrambling toward the end of the season?

The guys will transition to an overlooked Galaxy defender, and why you should probably never count out Dan Steres. After all, he got a Team of the Week nod in his return to the starting lineup and helped the Galaxy limit the Rapids to just three shots on goal.

But the September schedule should have you nervous. Josh and Kevin will go over the Galaxy’s close to this short and compact month and look at all the road games that should have fans more than a little on edge. If the Galaxy are going to come together, now would be a great time to do it.

Finally, the guys look at a Houston Dynamo team that is bad. And even though they just won, they’re still bad. And that means these are probably the easiest three points of the season. Which also means they will be anything but easy.

We’ve got a packed show for you today, and we’re very, very glad you could join us.