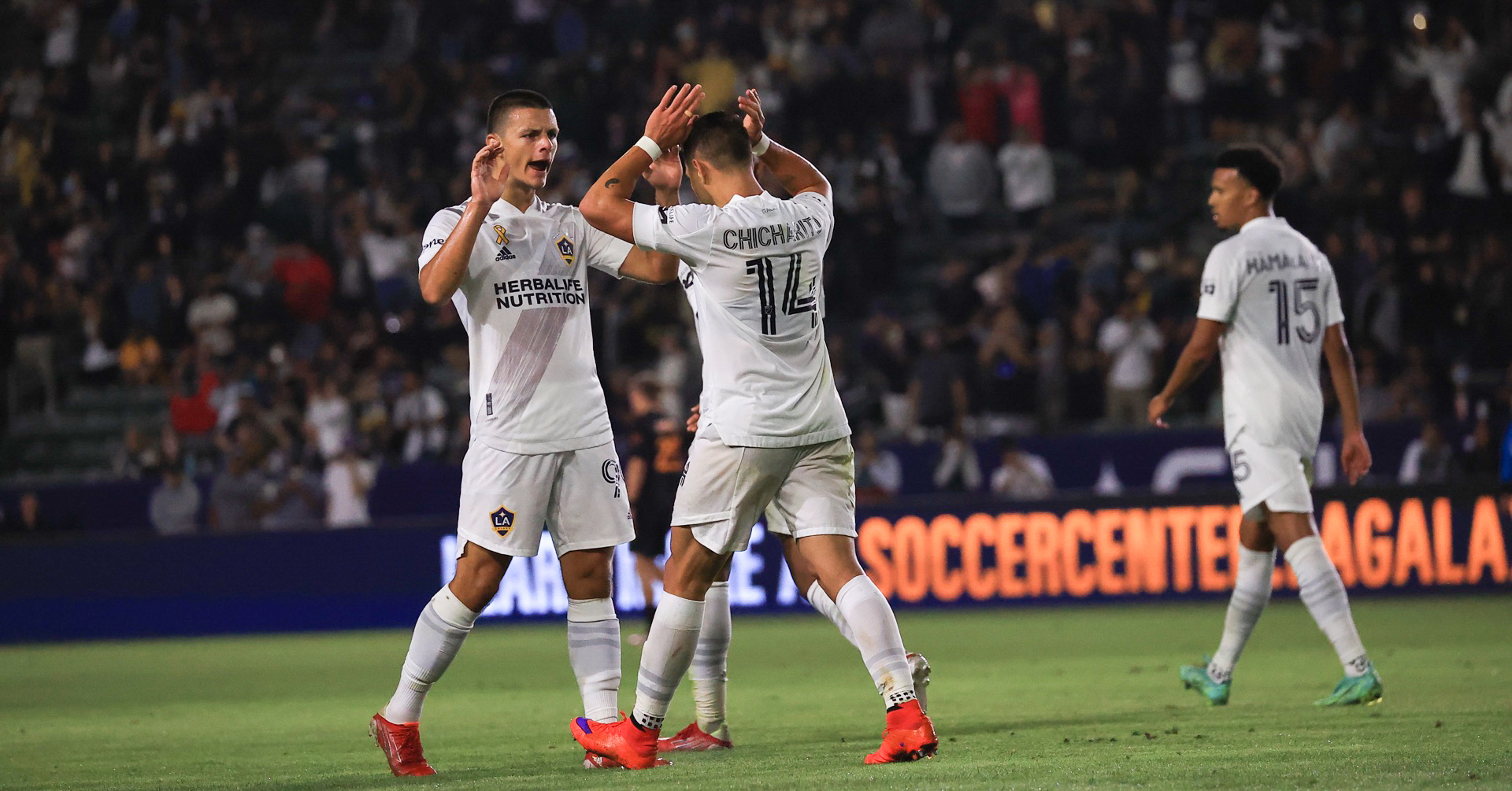 Hernandez, Joveljic could be a dynamic duo for Galaxy

LA Galaxy get both strikers on the field for the first time in 2021. There’s a special relationship building between them.

Javier “Chicharito” Hernandez truly feels the Galaxy have championship qualities despite the team’s recent inconsistency that included Wednesday’s disappointing 1-1 tie with the Houston Dynamo in front of a Dignity Health Sports Park crowd of 15,341.

“I do believe. They can call me crazy but I do believe,” he told reporters. “We all have to believe.”

He also believes he has the necessary scoring help in the form of Serbian Dejan Joveljic, who assisted on Hernandez’s first goal — and 11th of the season — since late June to give the Galaxy the draw. Joveljic, a second-half substitute, left-footed a crossing pass deep into the Houston penalty area to Hernandez, who out-jumped the Dynamo’s Teenage Hadebe for the tying goal in the 61st minute.

“It’s my first header in a long time,” Hernandez said. “I really wanted it.”

He may get more opportunities like that one if his partnership with Joveljic, who joined the Galaxy in early August, continues to work as well as it did Wednesday. And don’t underestimate the scoring touch of Joveljic, as evidenced by his two goals in a 3-3 tie with LAFC two weeks ago.

Galaxy head coach Greg Vanney has been impressed with the duo, despite a lack of not only game action but training time.

“It’s a little bit of a different setup than what we’ve had the majority of the season, which the whole group has to get used to. We need a little bit of training time to get through that. It’s not something you want to spend a lot of time working through on a matchday.

“They’re obviously two guys who can complement each other.”

Hernandez, playing in his second consecutive game after missing the previous 12 with a strained calf, likes what he has seen from his new scoring partner.

“He’s a very young player with a lot of ambition,” Hernandez, 33, said of the 22-year-old Joveljic. “A lot of hunger to learn and to improve as a player and a person, and you can see it. He played in El Trafico in pretty good form, he scored two goals and I came back and he took it pretty well when I came in his place.

“He came on very good in Colorado and today he had a fantastic assist. The impact he had, everything.”