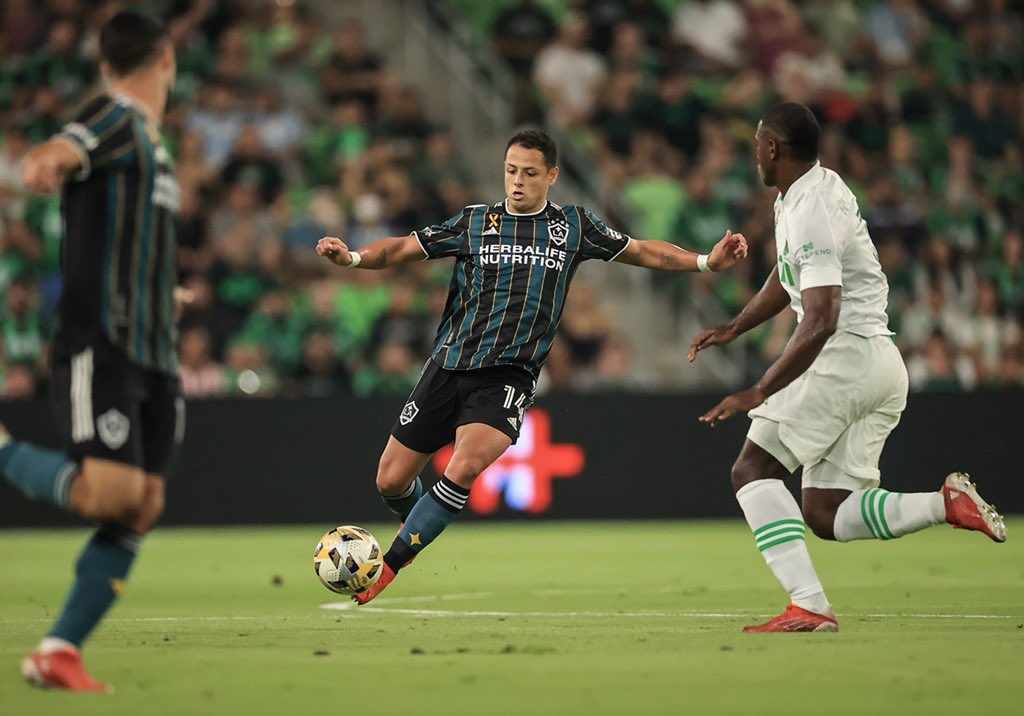 Galaxy lack execution & danger in the loss at austin

The LA Galaxy found themselves in the right spots, but never with any real intention of scoring against the worst team in the conference

The LA Galaxy are going to think about the many chances they had to score the game’s first goal on Sunday night. In front of a packed Q2 stadium, the Galaxy couldn’t get past the hosts, Austin FC. And with no points being won on the night and just three points in the last seven games, the Galaxy seem determined to put their playoff hopes in constant peril.

Austin will and should get credit for both of their goals. With a 0-0 halftime score, the Galaxy had limited the home team to a minimal amount of danger throughout the first 45 minutes. But with a 2-0 final score, the Galaxy know that it could have been different — like so many of the games down this last stretch.

The Galaxy have become toothless in attack, averaging just over a goal a game in their last seven games. And that even included a 3-3 draw with LAFC that accounts for nearly half of that total.

A team that often wants to possess the ball but can’t break down a bunkered defense, the Galaxy rely on scoring the first goal. So the energy they started the game with was consistent with that strategy in mind.

But the real story of the first half were the chances the Galaxy failed to capitalize on. Javier “Chicharito” Hernandez missed a chance in the second minute of the match to get the Galaxy off to the dream start they so needed. He was played into the box by a great touch pass from Victor Vazquez. But Chicharito couldn’t get enough behind it.

Then it was Vazquez launching an audacious shot from the extreme left side of the box that forced a Stuver save. And it was the continual pestering of Kevin Cabral, who got into a couple of dangerous scoring chances but never really tested anyone.

The execution was lacking, the play, at times predictable, but the pressure on Austin seemed like it was ever-mounting. Like the force behind the dam would eventually break.

That moment seemed to arrive when a cross was put into Sebastian Lletget, and he had Hernandez just yards from him, facing the goal. Lletget’s touch volley toward the Mexican striker never found its mark. If Lletget had shot the ball, it goes in. If he had made the pass to Chicharito, the ball goes in. But because it was neither, the ball was intercepted by Brad Stuver and cleared without much danger.

In the 64th-minute, after recycling a cleared ball newly acquired forward, Moussa Djitté picked up his own rebound and fired it past Galaxy goalkeeper Jonathan Bond.

Djitté had been a pest in the first half, finding some space and relieving some pressure for an Austin side who was content to sit back and let the game come to him.

It was his first goal for Austin, and it was met with thunderous noise from the stadium.

Orrin McKinzie Gaines II scored the second Austin goal in the 80th minute. The first person from Austin, Texas, to score for his hometown team came off a burst of speed from the right side that got Sega Coulibaly tied up with substitute Samuel Grandsir. The highspeed cross found McKinzie Gaines, who touched the ball up in the air and smacked it past Bond as Lletget tried to shut him down.

And while Greg Vanney preached a lack of execution after the game, a lack of danger made the Galaxy a non-threat to the home side.

The Galaxy have eight games remaining with an equal balance of home and away matches. But they’ll be tested on the road again when they face Real Salt Lake midweek before playing in the third and final El Trafico on October 3 at Dignity Health Sports Park against LAFC.

There may have been positives to laud in the match, but when you gift the worst team in the conference a rare three points, you don’t have much room to be explanatory nor hopeful. And when it puts you just two points from being outside the playoffs, it’s even worse.

If the alarm bells aren’t ringing for Greg Vanney, then he’s clearly in a much better mental state than his team. They seem to be spiraling out of the playoffs.