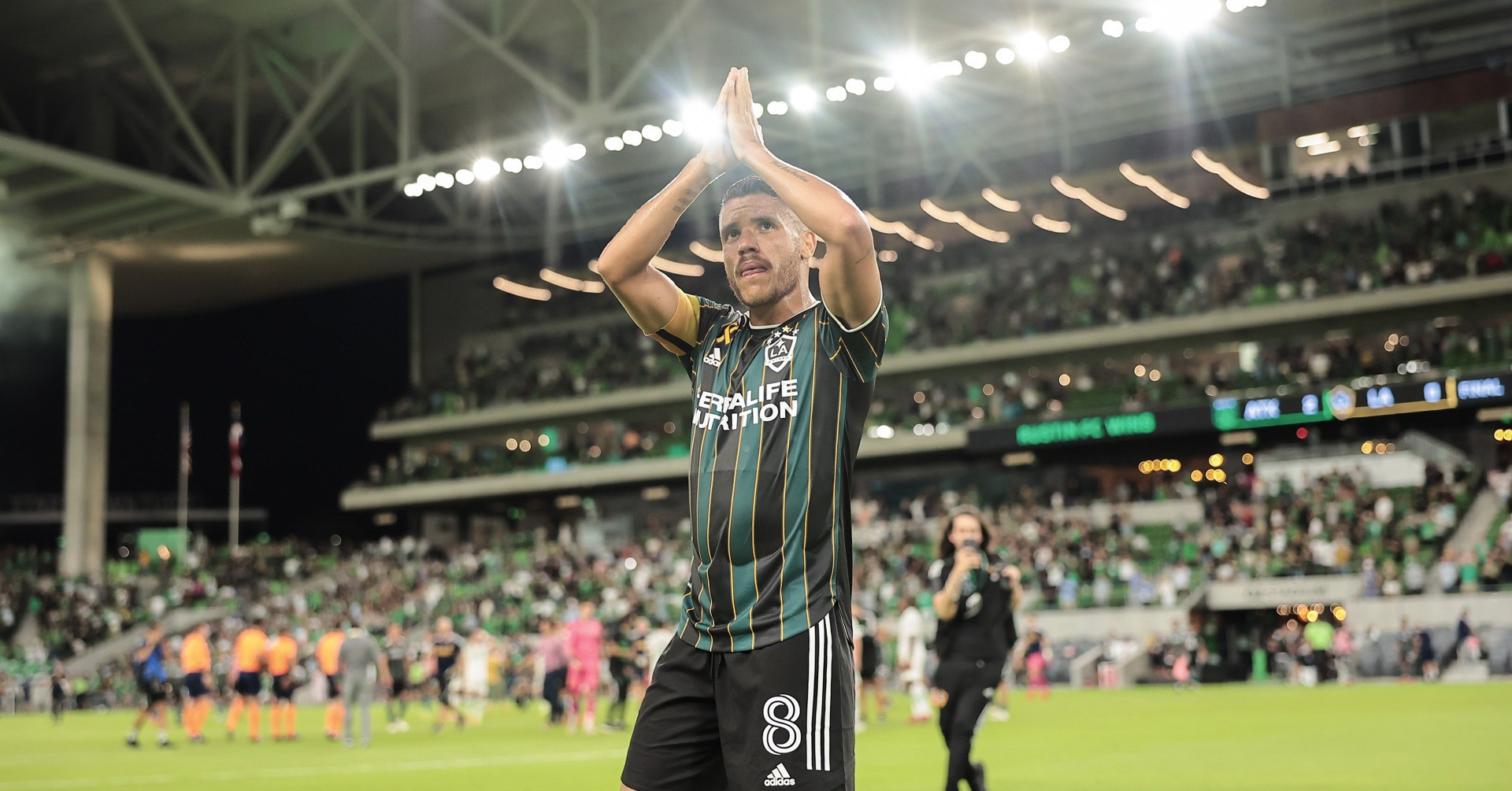 Jonathan dos Santos is confident in the team’s abilities, but acknowledges that their current form puts them in a difficult situation.

Not yet, anyway. So said midfielder Jonathan dos Santos after the Galaxy was shut out by the last-place team in the Western Conference.

“This is not the end of the world,” he told reporters following the match. “We know we are one of the best teams in the league, and I think the fans of the club, of course, deserve more.

“But I want to tell them we are working hard. We don’t like to be in this situation, but hopefully, we can get a win next Wednesday night … I think it’s just one win and everything will change.”

The Galaxy, who are 0-4-3 in their last seven games and have not won since a 1-0 victory at Minnesota United on Aug. 14, return to action on Wednesday against Real Salt Lake at Rio Tinto Stadium in Sandy, Utah.

The Galaxy fell to 1-8-3 when allowing the first goal. Austin FC’s Moussa Djitte did the honors in the 64th minute to give the hosts a 1-0 lead and McKenzie Gaines, playing in only his second game with Austin, supplied the clincher with 11 minutes remaining in regulation.

The Galaxy had at least two excellent scoring chances by Sebastian Lletget and Javier “Chicharito” Hernandez, but their failure to convert typified the team’s luck of late.

“In these kinds of games,” dos Santos said, “every small detail can change the game. We didn’t score goals in the first half or the second half, and they had two, three opportunities to score. So I think we have to change that mentality.”

And how can the Galaxy do that?

“We’re still working on it.” Dos Santos said. “We’re practicing every day, every training. You have to put in more effort. And yes, every game is like a final. It’s difficult to be in this situation. For me, it’s hard.

“I know we are going to get out of this situation.”