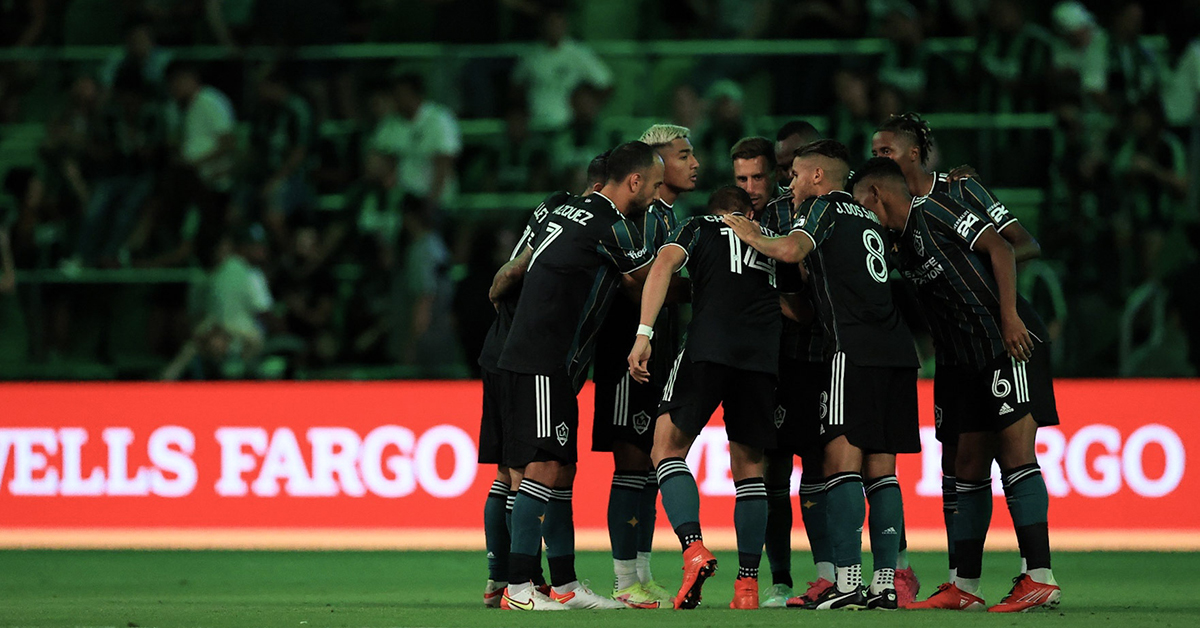 PODCAST: Bad breaks and bad finishing. Can a win change everything for the Galaxy?

A loss to Austin FC can’t happen. But when it does, can the LA Galaxy be strong enough to find an answer in Utah?

COG STUDIOS, Calif. — Seven games and counting. That’s where the LA Galaxy’s winless streak now stands, and they’ve got some tough prospects coming up midweek and this weekend.

On today’s show, hosts Josh Guesman and Kevin Baxter discuss the Galaxy’s latest debacle and why Greg Vanney might be correct, but he still can’t divorce himself from the results of the loss at Austin FC.

The Guys will start with some numbers talk as they look at the Galaxy’s play against Austin. Why did Vanney and Jonathan dos Santos both talk about execution after the game? And did the 2-0 loss come down to missed chances?

Corner Of The Galaxy · Bad breaks and bad finishing. Can a win change everything for the Galaxy?

What about the defense? Will they need to be perfect down the stretch for LA? And are the Galaxy even a playoff team anymore?

Josh and Kevin will also discuss the chances that Dennis te Kloese gets all the blame if the season goes sideways and why one win really could mean the difference for a Galaxy team that is mentally fragile at this point.

Expert analysis boiled down to “score first” and “be a better team.” It may sound pedestrian, but the guys will make it sound way more exciting than that. But the base idea is still the same.

So for the Galaxy, it definitely comes down to either executing when it counts or being executed before the season is over.

How do the Galaxy make you feel right now? Can you take a positive mindset into Wednesday’s match against Real Salt Lake?

Let’s go. Let’s get this show going so that we can all find out what happens after the ball is kicked on Wednesday night!