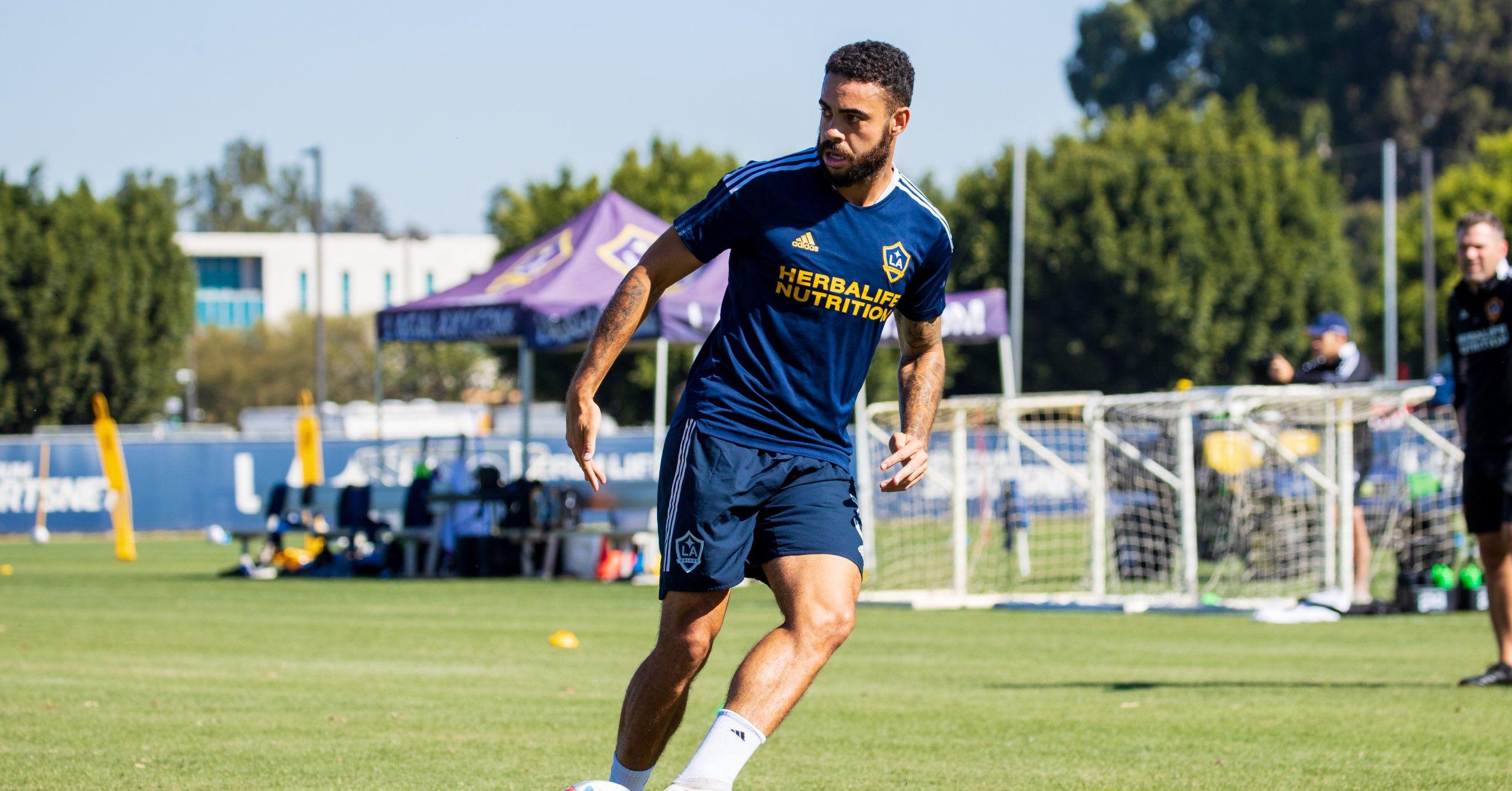 The Galaxy are winless in their last nine games, they haven’t won a home game in more than two months and they continue to inch closer to the MLS Cup playoff precipice, but at least one player isn’t worried about the sudden and ill-timed downturn.

“I’m not worried about our team. I’ve been through this before,” Kljestan told reporters as the Galaxy prepared to play the Portland Timbers on Saturday at Dignity Health Sports Park (7:30 p.m., Spectrum SportsNet). “It takes a good run of form, it takes one big game, it takes one big play to change the outcome and change the feeling within this team.

“That’s where I feel we could be at right now.”

The 36-year-old is in his 12th MLS season and was asked if he previously experienced anything like the recent downturn suffered by the Galaxy, who are 0-5-4 in their last nine games and tied for fifth in the Western Conference with Real Salt Lake. The Galaxy are 11-11-6 for 39 points, just two points above the playoff cut line.

Kljestan had to go back to his time in Belgium to find something similar to the Galaxy’s recent lack of success.

“The first thing that comes to mind is probably the 2013-14 season at Anderlecht,” Kljestan recalled. “We had been good for the first half of the season, and then during the second half during the winter break, we had a really poor run of form away from home.

“In Belgium, there’s a playoff system where you play 10 games at the end of the season. The top six make the playoffs and you play everybody once home and away. And after our first game of the playoffs, we lost away and our coach was fired.”

The assistant coach, he said, took over with nine games left and on the cover of a newspaper, the next day was a story which said Anderlecht would not win a championship. Kljestan took out the paper’s front page and hung it in his locker.

Part of the reason for Kljestan’s optimism concerning the Galaxy is the fact other mid-table contenders in the West haven’t separated themselves from the five-time Cup champions, and the Galaxy simply have been unlucky of late.

“Overall I’m not worried about this team,” he said. “I know that’s probably weird to hear considering we haven’t won a game, I think, in our last nine. But I’m not worried. I think we’re going to start clicking here soon and that we’ll be fine as the playoffs approach and we can go on a run.

“We know we are trending downwards in the standings and we have to flip this thing, but like I said I’m not worried about this team. I think we’re going to be fine.”

Galaxy head coach Greg Vanney understandably was curious to see how his team responded in its desperate, six-game push to a postseason berth.

“I think it’s put a stress on the group that it needs to go through to I think ultimately get to where we ultimately want to be,” he said. “We have to play under pressure, we have to play with expectation, we have to play where games feel like you must win in order to get into a playoff environment and be able to be successful.

“We can’t always be in a comfortable spot. This is a real challenge for all of us. We’re in this stretch now where at least some of these games are must-win games and I think this is really going to put a stress and a challenge on this group to kind see where we’re at.”

Lost in the malaise of the Galaxy’s recent slide is the fact they haven’t won at home since a 1-0 victory over Real Salt Lake on Aug. 4. Since then, they are 0-2-3 at Dignity Health Sports Park.

And now they face a high-flying Portland Timbers team that has gone 7-0-1 since a 3-1 loss to Austin FC and has outscored the opposition 18-5 during its recent surge.

“They’ve gone on a great run,” Vanney said. “They stay compact and together and protect their goal well. They’re very good and dangerous on the counter-attack. In this stretch, I think they’ve been a little more opportunistic in terms of taking their chances when they’ve had them.

“They’re a team that if they get the lead they’re very difficult to play against. If you can get the lead on them, I think they expose themselves a little bit more which is not necessarily their comfort zone when they’re chasing games as we saw when we were here against them when we were able to get out in front of them.

“They’re a team that know who they are.”

Saturday’s game is a rematch of the last meeting between the sides. The Galaxy won that one handily, 4-1, on July 30. Since that game, the Galaxy are 2-5-5 compared to the Timbers’ 8-2-3.

Vanney said all international players, with the exception of Danilo Acosta (Honduras) and Oneil Fisher (Jamaica), will be available this weekend. Acosta and Fisher are out because of quarantine restraints.

Raveloson went the full 90 minutes in two of his country’s four World Cup qualifiers, including a 1-0 win over the Democratic Republic of the Congo last Sunday, but Vanney was confident he would be ready to go Saturday.

“He’ll have recovered for sure from the last game,” Vanney said. “He looks good … he was happy Madagascar won a game.”

The injury outlook, with one exception, looks promising for this weekend.

Center back Derrick Williams, who has been bothered by a strained groin and hasn’t played since going 71 minutes in a 1-1 tie with Colorado on Sept. 11, has returned to full training and appears to be a sure thing to at least be included in Saturday’s game-day roster.

“Derrick is back in the mix,” Vanney said. “He’s trained this whole time period.”

The situation wasn’t nearly as upbeat for left-back Jorge Villafaña, who has been battling a bone bruise in his knee and has played a combined 68 minutes in his last two appearances. Niko Hämäläinen likely will make his ninth start in 10 appearances in Villafaña’s place.

“Jorge is coming around,” Vanney said, “so we hope within the next week or so he can get back into the swing of things. Hopefully, we can heal him as fast as we can but he’s getting there.

“He’s coming around, starting to do more things in the gym and working his way out on the field.”