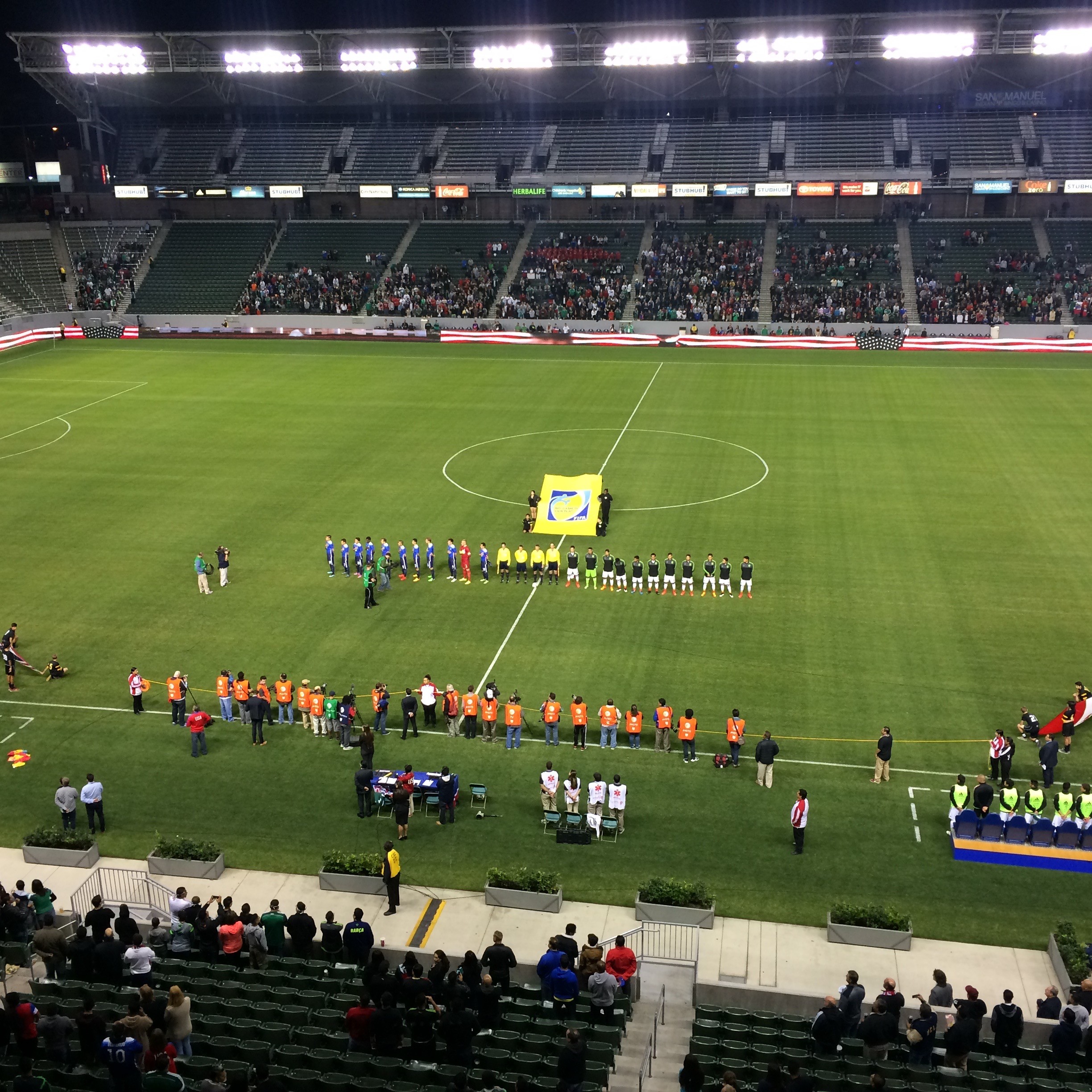 LA Galaxy Homegrowns Battle for U23 USMNT vs Mexico

For LA Galaxy Homegrown players Oscar Sorto and Jose Villarreal it was supposed to be a night to showcase their talent away from LA Galaxy and LA Galaxy II and instead for the United States U-23 program. And with a rival walking onto home soil, you’d expect to get the very best out of each.

Sorto started for the “Younger Yanks” in defense on the right side, a position he’s both familiar with and has excelled at in many an LA Galaxy II game. And while Jose Villarreal started on the bench, both figured to make an impact.

But for Jose Villarreal, an early first half sub for an injured Alejandro Guido, it didn’t end with anything close to good news. After just 16 minutes of play, with only one good link up to Sorto, Jose had to leave the game with an injury. “(I) just felt it tighten up and, you know, I just prevented it from getting worse…” said Villarreal to reporters after the game. “Yeah, it’s the same one, but it’s no big deal.” The “same one” is in reference to his left hamstring, the one he injured in the LA Galaxy game against Vancouver.

“(I) just felt it tighten up and, you know, I just prevented it from getting worse…”
—Jose Villarreal, U23 USMNT Midfielder

It’s bad news for a kid who was just coming back from a knock and looks to have suffered a real setback to his recovery. “(It) might’ve been a little too early to get back on the field,” Jose claimed, “but I felt fine training these past few days, so it’s no big deal.”

And while Sorto played for a good 68 minutes he didn’t exactly set the world on fire. His defending was good one-on-one and his forays forward were strong, while his crossing was sharp. But he made two crucial mistakes, both leading to good scoring chances for Mexico.  Saved by the post once and by U-23 USMNT Goal Keeper Cody Cropper the other, his mental and physical mistakes nearly buried the US in the opening 45 minutes.

“I started good and then was kinda slacking off. But then in the second half I was just trying to do my game again,” said Sorto of his performance. “I’m just glad we won tonight and it was a good result for all of us.”

“I’m just glad we won tonight and it was a good result for all of us.”
—Oscar Sorto, U23 USMNT Defender

Overall the USMNT U-23’s played as good as Sorto; they struggled to link passes and fell victim to sustained Mexican possession. But without any finishing, and with the help of a couple good saves, Mexico had very little to show for their first 45 minutes of dominance.

However, behind three second half goals, in the 48th, 58th, and 68th minutes the United States ran away with a 3-0 victory. The first goal was been against the run of play, but the other two showcased how the US dominated the height and physicality of this game. They played gritty, physical, international soccer and turned a disappointing-but-survivable first half into something surgical and well-finished.

There are plenty of rough spots for both Villarreal and Sorto, but both of these LA Galaxy players will have much more to say as this US U-23 team looks forward to the Olympics.

COMPLETE U23 USMNT VS MEXICO STATS