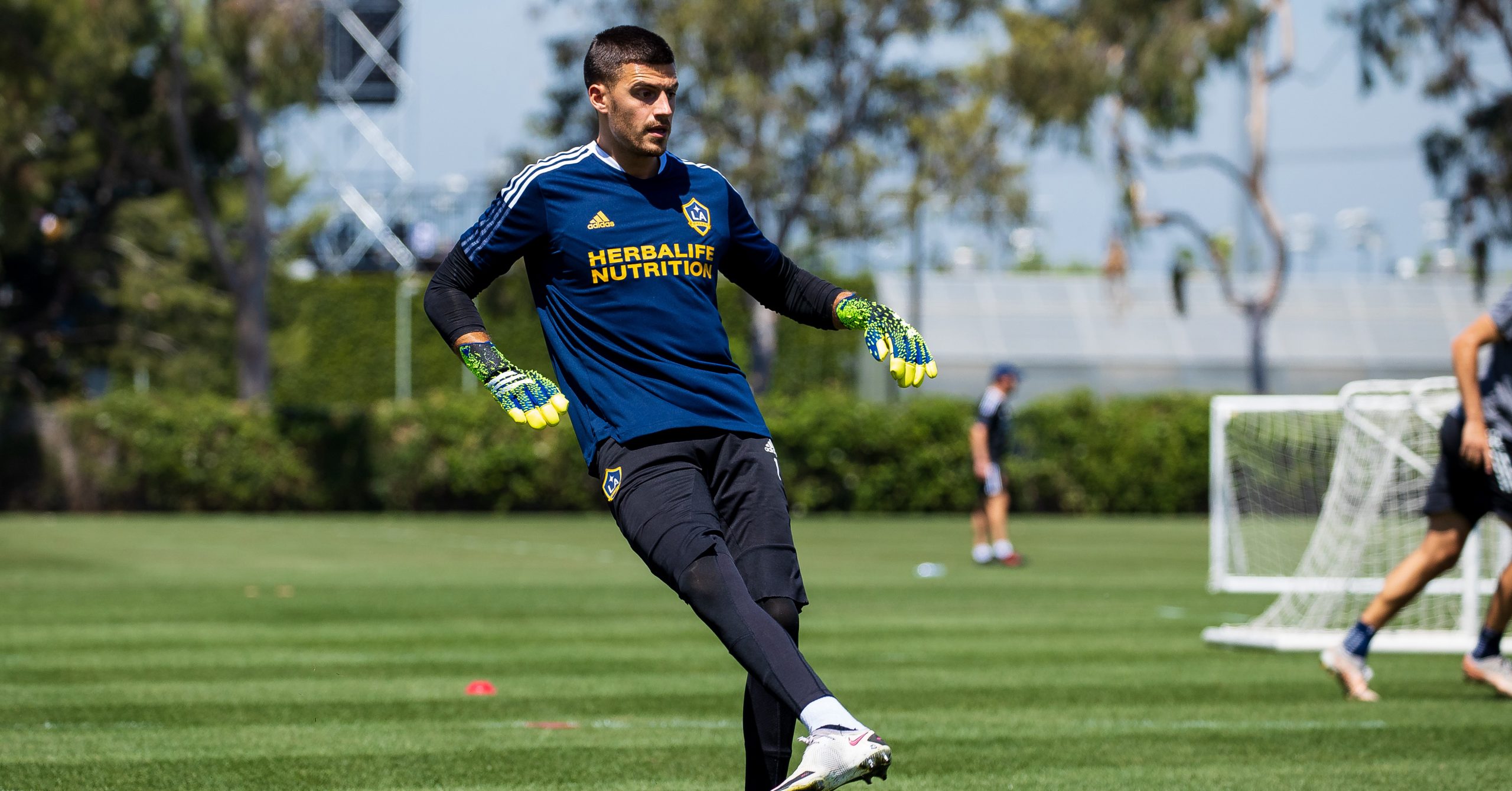 NOTEBOOK: The bigger, the better for Galaxy’s Bond

Galaxy goalkeeper Jonathan Bond has been through his share of soccer derbys, from his time with English side Watford to this season’s first meeting with bitter rival Los Angeles FC earlier this month, and relishes the opportunity to participate in such intense matchups.

He’ll get an up-close and personal look at another one Saturday at Dignity Health Sports Park when the Galaxy take on the San Jose Earthquakes in this season’s first edition of the California Clasico. Kickoff is scheduled for 4 p.m. and the game will be televised on UniMas.

“When I was playing for Watford and for any team in and around London,” he told reporters Thursday, “it’s always a big game because a lot of the teams are quite close together in proximity.

“I got a good taste of it when we played LAFC, a massive game for the Galaxy. I enjoyed it and the atmosphere was really good. We got the win, which always helps. I think it kind of adds a little bit extra to the game, this rivalry game.

“I’m looking forward to it,” he went on. “If the atmosphere is anything like it was against LAFC, it’s going to be good.”

And so will Bond, whose statistics this season have been deceiving, to say the least. The Englishman, who signed with the Galaxy in mid-January, has a 1.83 goals-against average — ahead of only the 1.87 GAA of FC Dallas’ Jimmy Maurer — and leads Major League Soccer with 28 saves. He’s also tied with San Jose’s James Marcinkowski in goals allowed with 11.

But talk to any member of the Galaxy, and they’ll tell you they wouldn’t be where they are today — third in the Western Conference and winners of four of their first six games — without the heroics of the talented 28-year-old.

“He’s an all-around good goalie,” central defender Dan Steres said. “He makes the saves that he, quote unquote, should make and he comes up with saves that not all keepers are going to make.

“He’s been really good, and I’m sure he’s going to get even better as we jell a bit more throughout this year. He’s been a real positive for us.”

Bond said his goals-allowed numbers aren’t wearing on his confidence. Not yet, anyway.

“I don’t think about it too heavily, to be honest,” he said. “It’s true, we probably did need to look at some of the smaller, finer details, how we can help ourselves to give up less opportunities to concede goals. It’s a little difficult conceding goals … obviously you always want to keep clean sheets. But at the same time I feel I’m doing my best.

“It is a strange one. You kind of feel like you’re playing well, but at the same time it’s not nice to concede goals. We’re a new team and trying to find ourselves attacking-wise and defensively, and this can happen early in the season.”

The Galaxy continue to await the final outcome concerning the status of center back Derrick Williams, who is suspended for Saturday’s match after he was red-carded for his horrendously-timed tackle on Portland’s Andy Polo during last weekend’s match and likely will miss additional games pending a decision by the league’s disciplinary committee.

Polo will be out for the rest of the season after undergoing surgery this week to repair a ruptured quadriceps muscle and torn meniscus in his left knee.

Vanney said Williams is having a difficult time moving on from the play, and outside elements (death threats and racial slurs on social media) are adding to his remorse over the incident.

“Derrick is now suffering from other things that should not be happening and taking place in social media and whatnot that are completely nonsense as well,” Vanney said. “Look, he’s wearing the emotion. I can see it in his face and every day he comes out to training he’s trying to move on. He’s a good guy who got a tackle very wrong. He knows that and he owns that.

“It’s an awful scenario,” Vanney went on. “The nonsense that goes on in social media and the disrespect and the sheer lack of … I don’t even know what the right word is and the word I want to say shouldn’t be said here … people who are talking like that I hope we can find out who they are and we can deal with them.

“It’s just nonsense and inappropriate and much worse than that, to be honest.”

“I just started watching it the other night,” he said. “It just so happened one of the players came in with a suggestion this morning. I thought, ‘Oh, who put the suggestion box out there?’ It wasn’t me. It was pretty funny.

“I actually have to be not so cheap and go pay for my subscription so I can watch the rest of it.”

“Everybody is healthy and available who is not on suspension,” Vanney said. “We are good there.”

“Sega had his (work visa) appointment,” Vanney said. “Just now his documentation goes in and he’s waiting to get his passport back so he can actually travel. Hopefully, we’ll have a travel day by the weekend if all goes well.

“Rayan, we’re still waiting for the updated appointment to be set and we can get that process started. I don’t know where that is as of this afternoon. We’re optimistic we can hopefully get information on that in the next couple of days.”

“You obviously want to take the maximum number of points every time you’re at home because every year playing on the road in this league is difficult,” Vanney said. “We want this to be a place when people come here they’ve already sort of lost. Because they know getting points here is so difficult.

“I think we still have a lot of proving to do for ourselves and what we’re trying to do as a team, but we’ve gotten off to a good start (3-0-0 at home this season) in trying to set that as our bar. We want this to be our fortress and want teams to feel like it’s going to be really, really difficult to get points any time they get on a plane to come play the Galaxy.”