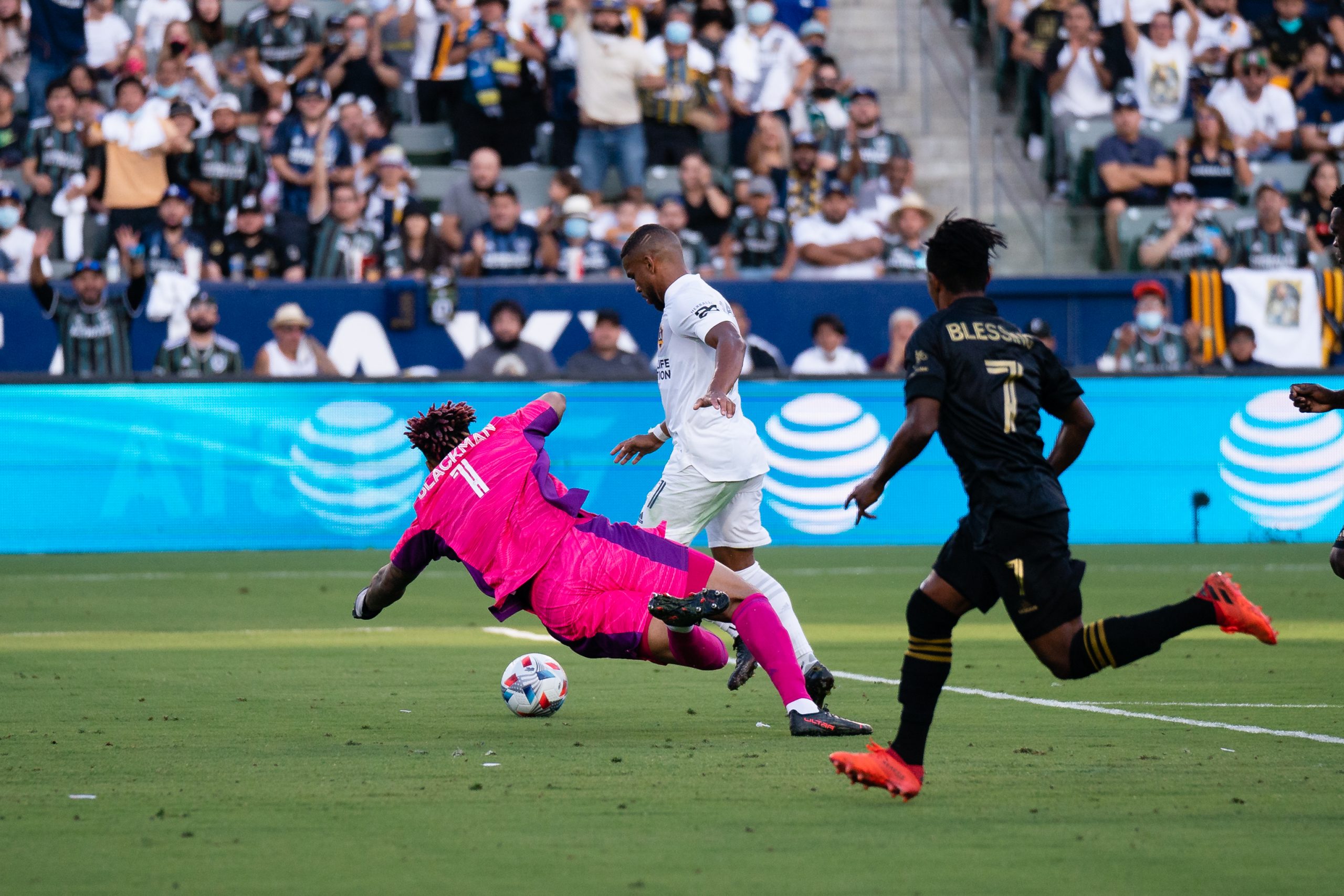 The LA Galaxy seemed to have momentum on their side going into the second forty five minutes. But it suddenly became to difficult to create and finish chances.

CARSON, Calif. — Up until this point, El Trafico’s have rarely disappointed those who attended. These are usually high-scoring affairs that have a sense of the impossible around every corner. But for Sunday night’s version of the LA rivalry game, only the first 45 minutes lived up to the hype. And in a 1-1 draw that saw the scoring over by the 19th-minute, the second half should have been full of energy and attacking. That never materialized.

For the LA Galaxy, that meant extending their winless streak to nine games and leaving them without a win in the last 50 days. And for a team that always seems on the precipice of getting back on track, a night with only one shot on goal left most of the 25,174 in attendance wanting and waiting for more.

Los Angeles Football Club was also backsliding into this game. They were losers of their last three and now sit winless in their previous four games. And their position at four points out of the final playoff spot and facing some real growing pains in the 2021 season makes this result even more desperate for them.

But they were the ones to get on the board first in the 11th minute of the match off a corner kick. Mamadou Fall was able to take the Eduard Atuesta corner and outjump three Galaxy defenders to find the back of the net.

It was the eighth time in the last nine games that the Galaxy have allowed the first goal in the match, and overall they have a record of 1-9-4 on the season — good for 7 points — when their opponents score first.

But the Galaxy would rebound after the goal and quickly push for the equalizer. Samuel Grandsir would score his third goal of the season when Javier “Chicharito” Hernandez and Victor Vazquez would combine to spring Grandsir in behind the defense. Cutting in from the left side of the box, Grandsir opened his run to the middle of the field. That’s when Vazquez played him into the box and away from LAFC goalkeeper Jamal Blackman. Grandsir was able to round Blackman and easily finish for the games tying goal in the 19th minute.

It was simple passing, fluid movement, and the ability to find the vertical run that unlocked the defense, and it was the kind of goal that could have opened the floodgates.

But under the watchful eye of Armando Villarreal – the head referee – the first half was also subject to five yellow cards, numerous fouls, and a display of game management that doesn’t usually accompany such a big game. Where most referees understand the physical nature of such a match, Villarreal came out yellow cards blazing, leaving himself little room for a light touch on the game.

So when Raheem Edwards reached up with both hands and grabbed the shoulders of a streaking Chicharito, and after having been booked in the 22nd minute already, the Galaxy were sure they had just seen Edwards’ second yellow card.

By his own standards, Villarreal should have shown a second yellow. But Edwards was given just a warning, while Galaxy head coach Greg Vanney threw his sportcoat to the bench and screamed at the fourth official.

Vanney would later say that the Galaxy were looking for a break on this winless streak, and the second yellow that was clear to everyone in the stadium could have been that break.

But for as much promise as the Galaxy had shown in the first half — nearly 65-percent possession and solid passing accuracy and a propensity to get into dangerous spots — the second 45 minutes was anything but.

Now the Galaxy would see Sebastian Lletget enter the match in the 69th minute and proceed to get a header that looked to be going in just 3 minutes later. But Lletgets shot caromed off the intersection between the goal post and the crossbar and away from danger. And in the 61st minute, Galaxy defender Nick DePuy’s header had beaten Blackman as well, only to see the ball smack the crossbar.

But the second half lacked any rhythm for the Galaxy. Their passing looked rushed and misplaced, and their ability to attack stopped and started. More often than not, they gave the ball away in dangerous situations, which forced goalkeeper Jonathan Bond to make six saves on the night. That included a couple of breakaway chances and a rocket from LAFC that saw Bond’s fingertips get just enough of the ball to knock it off the crossbar.

What was clear, however, was that the Galaxy, even with Dejan Joveljić and Chicharito on the field together, couldn’t manufacturer the magic to win the big game.

The Galaxy won’t play again until October 16. That’s when they’ll host the Portland Timbers, who have won seven of their last eight matches and already have a win and loss against the Galaxy this year.

The Galaxy sit in sixth in the Western Conference, tied on points with Real Salt Lake (39). And sit just two points above the playoff line with both Minnesota United and the Vancouver Whitecaps within striking distance. There are just six games left in the Galaxy’s season with an equal number of home and away games.

And while the point at home isn’t a worst-case scenario — LAFC has still never won a game at Dignity Health Sports Park — it’s far from ideal. And everyone on the Galaxy bench can feel their grip on the playoffs growing weaker by the weekend.