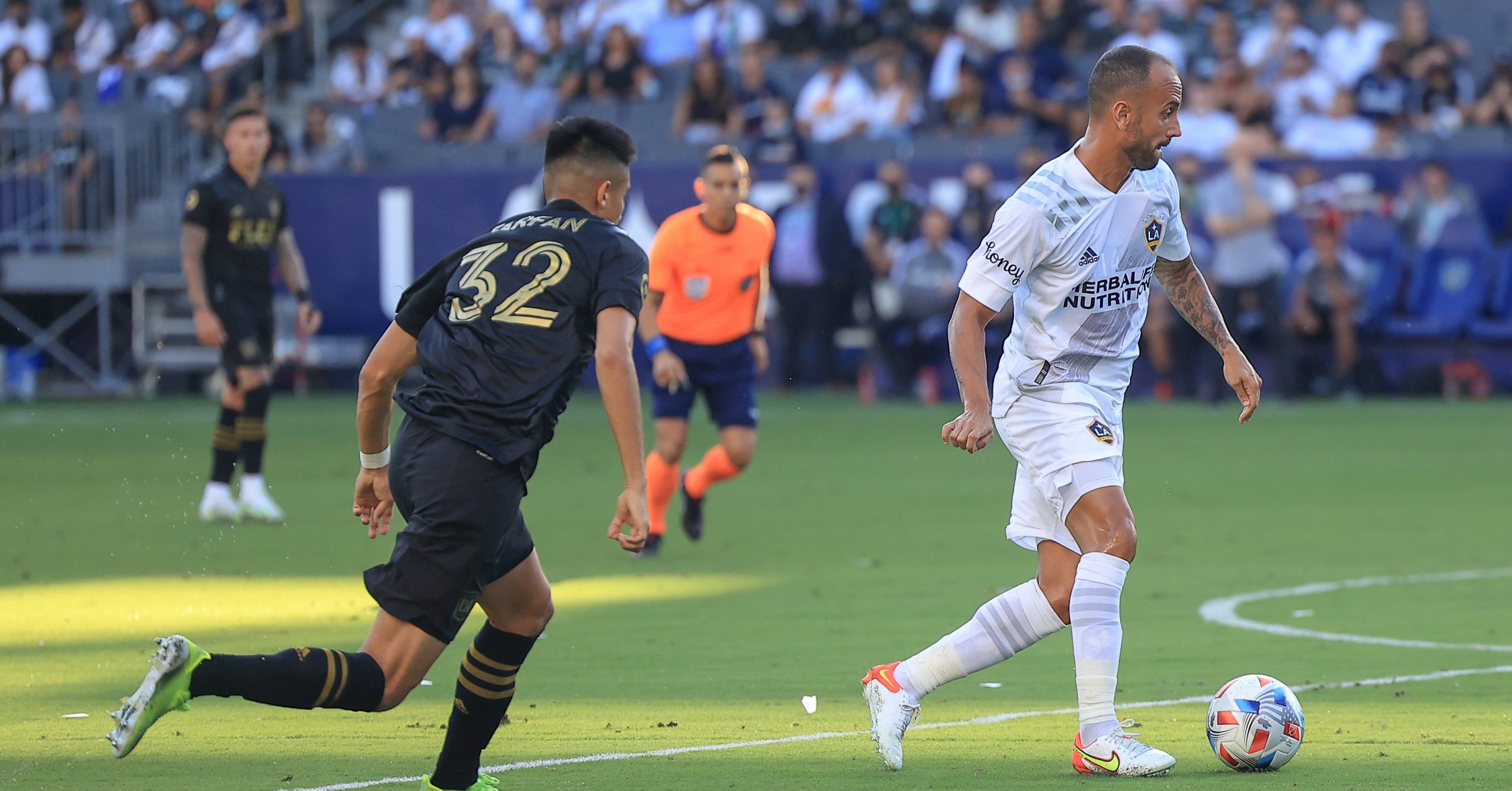 Victor Vazquez provided the game-tying assist, but he knows the Galaxy aren’t meeting expectations and that is frustrating.

Veteran midfielder Victor Vazquez said their belief system hasn’t changed despite going without a victory since Aug. 14 against Minnesota United and Galaxy players know what approach they must take in these final, critical weeks of the regular season.

“Now we have six games. Six finals,” the 34-year-old said after Sunday’s tie in which he assisted on the Galaxy’s lone goal by Samuel Grandsir in the 19th minute.

It’s come down to this for the Galaxy: they are 11-11-6 for 39 points and tied with Real Salt Lake for fifth place in the Western Conference. The problem is they are only one point ahead of Minnesota and two points ahead of Vancouver, which is one spot below the postseason cutoff line.

Vazquez did agree that some frustration has set in as the Galaxy prepare for the final six games of the regular season: Oct. 16 against Portland at home, Oct. 20 at Houston, Oct. 23 against FC Dallas at home, Oct. 27 at Sporting Kansas City, Nov. 1 at Seattle and Nov. 7 against Minnesota at home.

The Galaxy have been having trouble finding the back of the net lately — they have scored only two goals in their last four matches — and were credited with 10 total shots Sunday. But only one was on target and came compliments of Grandsir’s third goal of the year.

“Of course when you are not winning games and we don’t get three points, of course, it’s frustrating,” he said. “Even more when you deserve sometimes to win. In Austin (a 2-0 loss), we lost a game with two mistakes that we are maybe not ready or not fighting sometimes enough. (Against) Salt Lake (a last-second, 2-1 loss) it was the same … I think we deserved to win because we had more chances. They got a chance and they scored an amazing goal.

“And today I think it’s a bit of the same. We created a few chances in the first half. We felt that we were under control. Then in the second half, I think it was more like 50-50 … they had the ball, we had the ball and finally, we created more chances than them. We hit the crossbar (Nick DePuy in the 61st minute) and the post (Sebastian Lletget 11 minutes later).

“This is football,” he continued “When you don’t put it in the back of the net, you pay it. We have to keep it up and continue. Now we have six games … six finals. It’s still on us. We are still in the playoffs but everything is tighter.”

The Galaxy are off until Oct. 16 because of a two-week international break, and Vazquez said the Galaxy mustn’t lose sight of the fact they’re still in the postseason picture.

“When you believe in what you are doing, everything will come.”