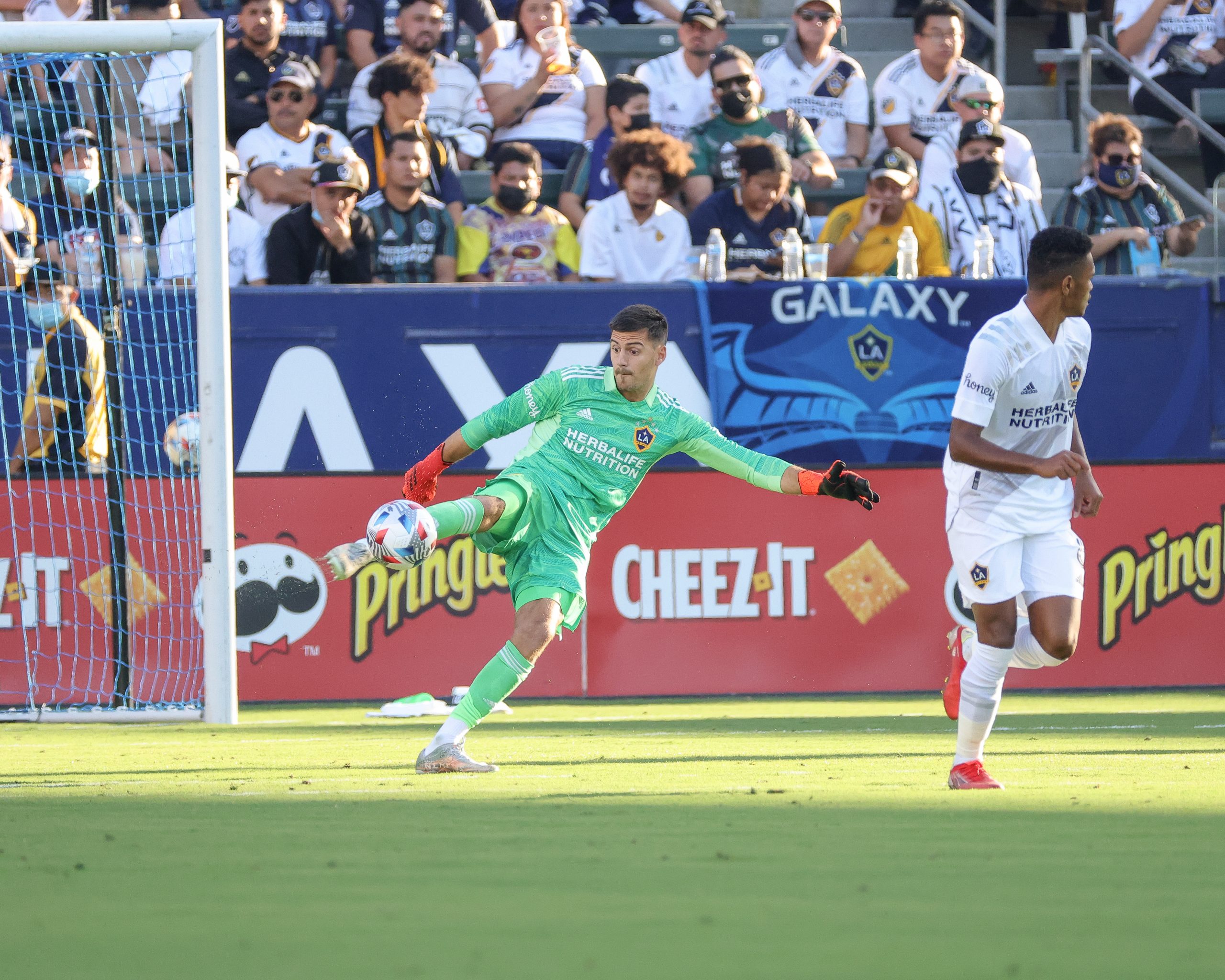 PODCAST: The one with Jonathan Bond, meatloaf, and the State of the Galaxy

Our special guest is Goalkeeper Jonathan Bond and he’s going to discuss meatloaf, mac-n-cheese, and why he feels the Galaxy are almost there

COG STUDIOS, Calif. — The LA Galaxy will continue the international break this weekend, where only four MLS games will be played. But two of them might have something to say about the Galaxy’s playoff positioning.

On today’s show, hosts Josh Guesman and Sophie Nicolaou discuss a bunch of different topics that should have you wrapped up and thinking about the long and short-term success of the Galaxy.

Corner Of The Galaxy · The one with Jonathan Bond, meatloaf, and the State of the Galaxy

They’ll discuss Julian Araujo declaring for the Mexican National Team, the plethora of Galaxy players out on international duty, and stats about the longest streaks in Galaxy history.

Plus, we have LA Galaxy goalkeeper Jonathan Bond joining us to discuss the club’s current form, what he thinks of the stops and starts of this schedule, and why he thinks the Galaxy are ready to put it all together. Also, roast dinners, mac-n-cheese, and meatloaf! If you listen, you’ll understand!

Finally, Josh and Sophie discuss tactical business decisions around celebrating Landon Donovan’s statue in front of LAFC fans and much, much more!

As always, thanks for joining us on a week without Galaxy soccer. Hopefully, we can keep everyone excited for the remainder of a very crazy season!